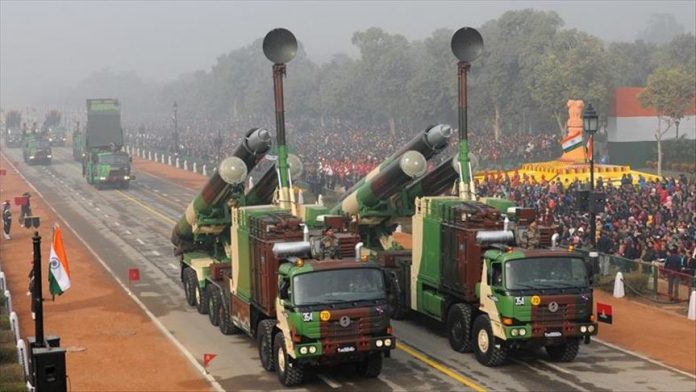 India on Sunday showcased its military strength at an event marking the country’s 71st Republic Day.

During the event, the newly inducted Chinook heavy lift and Apache attack choppers were put on display for the first time.

Another feature of the program was a contingent of Central Reserve Police Force (CRPF) women bikers, who performed daredevil stunts.