TurkishPress
Home News India should engage with Taliban leaders who have faith in democratic framework:... 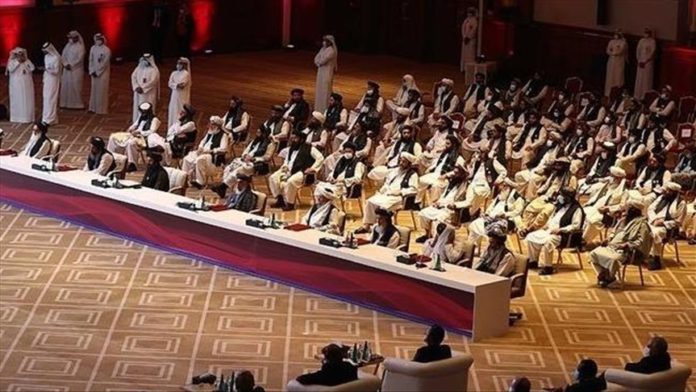 India should hold talks with those Taliban leaders who are willing to reconcile, believe in the reintegration process and have faith in the Afghan constitutional democratic framework, Afghanistan’s ambassador to India said Tuesday.

“We would want India’s strong messages to those Taliban elements who are reconcilable, who believe in the reintegration process back into Afghan society and hopefully become part of mainstream political life,” Farid Mamundzay said in an interview with India’s digital publication The Print.

“We would welcome India’s messages to the Taliban — to cut ties with regional terrorist groups, to let violence go, and to tell the Taliban to preserve the gains of the past 20 years and believe in a constitutional democratic framework,” Mamundzay said.

India on Thursday said it is in contact with “various stakeholders” in Afghanistan.

“India supports all peace initiatives and has a long-term commitment towards the development and reconstruction of Afghanistan. In this context, we remain in touch with various stakeholders, including regional countries,” said Ministry of External Affairs spokesperson Arindam Bagchi.

The ministry commented after reports that India held secret talks with the Taliban in Doha.

Mamundzay also said that Kabul will not fall into the hands of the Taliban as US troops leave, even though intense fighting is going on in some parts of the war-torn country.

The Afghan people would not want to reverse the gains their society has made in the past two decades, he said.

Mamundzay said that after the exit of all international troops from Afghanistan, Kabul would seek to enhance military-to-military cooperation with New Delhi.

He said the two countries have a “strategic partnership agreement.”

“We expect India to continue supporting our security and defense organizations by providing us with the required technical assistance to train our officers,” he said.

However, Mamundzay ruled out Afghanistan asking for Indian military troops to be stationed there.

He also said that after international troops leave Afghanistan on Sept. 11, there will be no justification for ‘jihad’ or holy war against Afghans by the Taliban.