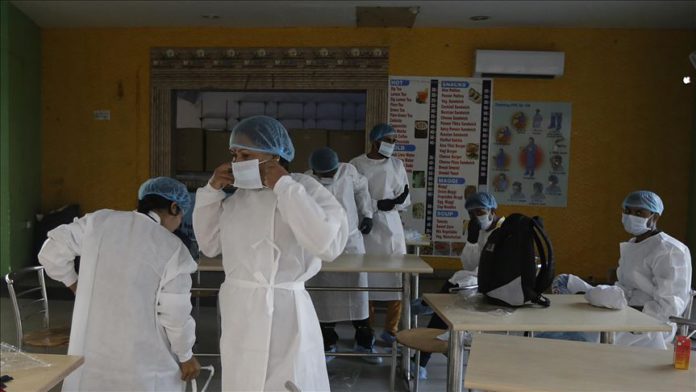 With 52,123 new cases and 775 deaths in the last 24 hours till Thursday morning, India saw its biggest surge in COVID-19 cases to date. The spike comes on the day when the country is all set to ease its lockdown restrictions by opening gyms, night clubs, and yoga centers.

The Health Ministry on Wednesday confirmed that with 408,855 samples tested in the last 24 hours, the number of test per million has risen to 12,858 in the country, and cumulative testing has crossed 18.1 million.

The testing lab network in the country is continuously strengthened with 1,316 labs.

Meanwhile, the government announced the third phase of the country’s gradual emergence from restrictions, called Unlock 3.0. The containment zones, worst-hit areas, will continue to remain under curb.

“Independence Day [Aug. 15] functions will be allowed with social distancing and by following other health protocols… After extensive consultation with States and UTs, it has been decided that schools, colleges, and coaching institutions will remain closed till August 31, 2020,” said the statement by the Home Affairs Ministry.