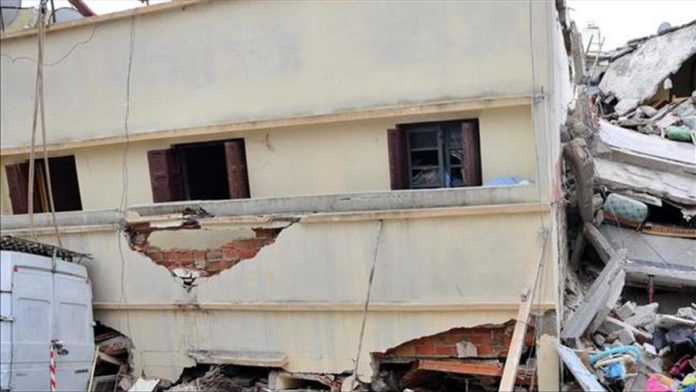 At least 18 people died and many others injured after a roof collapsed in the Ghaziabad district of India’s northern Uttar Pradesh state on Sunday, officials said.

A rescue operation has been launched in the Muradnagar area of Ghaziabad after the roof a crematorium collapsed due to rain. The deceased were at the site to attend a funeral.

Dr. Anurag Bhargava, the chief medical superintendent of MMG district hospital in Ghaziabad told Anadolu Agency that the hospital has received 18 bodies. “Two more injured are admitted to the hospital,” he said.

A senior administration official in the area said dozens of people were trapped in the site after the incident.

Ghaziabad Senior Superintendent of Police Kalanidhi Naithani said that according to the initial reports 25-30 people were trapped in the area. “We have pressed additional people in the rescue operation,” he said.

Indian Defense Minister Rajnath Singh said he was deeply saddened by the incident.