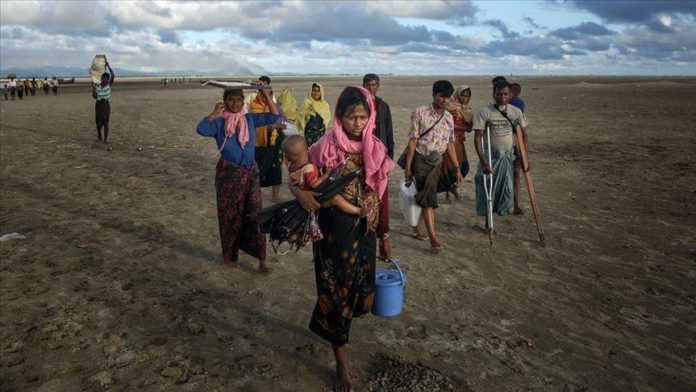 At least four Rohingya refugees were detained in New Delhi on Wednesday for not having “proper documents,” giving rise to further apprehensions among community members living in India’s capital.

“There were four of them and they were sent to the Foreigner Regional Registration Office,” Rajendra Prasad Meena, a senior police officer, told Anadolu Agency, without sharing any further details.

Another cop, who spoke on the condition of anonymity, also gave a short response, saying the Rohingya refugees were detained because they did not have “valid documents.”

While Indian officials insist there is no concerted drive against Rohingya living in the country, community leaders say over a dozen Rohingya Muslims have been detained in New Delhi in just the past week.

Eight Rohingya were also arrested in the capital in January for not having valid documents.

“The police came to Kalinidi Kunj camp yesterday [Wednesday] and took away three men and one woman. They didn’t give any reason,” Ali Jauhar, a Rohingya youth leader, told Anadolu Agency.

“More than 12 of our community members have been detained since March 24.”

The apparent clampdown on the community in New Delhi comes weeks after authorities in Indian-administered Jammu and Kashmir detained over 160 Rohingya refugees for being “illegal immigrants.”

The fresh crisis has sparked panic among the community, described by the UN as the world’s most persecuted people.

“After recent detentions here and even in Jammu, there is dread and anxiety among the Rohingya community. Our people fear police can take them away whenever they want; there’s nothing stopping them,” said Jauhar.