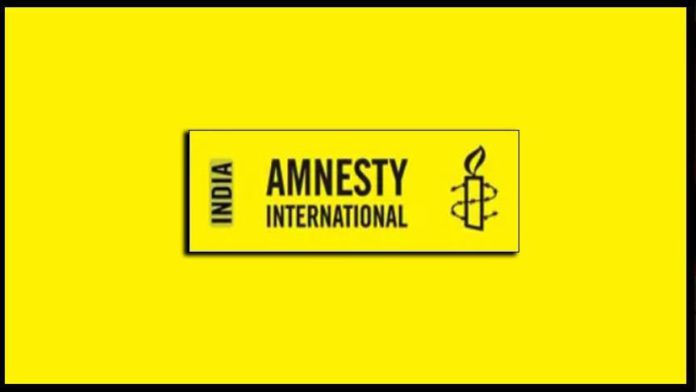 Human rights groups and rights activists in India have called for a “transparent” and “independent” probe into the case of three missing Kashmiris in Jammu and Kashmir, whom their family members say the Indian army killed in a fake gunfight.

“Amnesty International India calls for the extrajudicial execution to be investigated and prosecuted by independent civilian authorities. Civilian investigations and trials offer a degree of transparency and independence that is missing from the military justice system,” Avinash Kumar, executive director of Amnesty International India, said in a statement on Wednesday.

The statement came a day after family members of three missing cousins in Indian-administered Kashmir alleged that the Indian army killed the trio in a staged gunfight last month and passed them off as militants. Their families identified the three through their photos circulated on social media.

Hailing from Rajouri area of Jammu region, the cousins were bound for the neighboring, apple-producing Shopian district in Kashmir Valley, where they planned to work in orchards. Last month, the Indian army and police said that they killed three unidentified militants in a gunfight in Shopian.

“In the recent Shopian case, Indian authorities should order an independent investigation, and ensure that there is sanction to prosecute if there is evidence of wrongdoing by security forces. The government should also take steps to repeal the AFSPA,” Meenakshi Ganguly, the South Asia director of Human Rights Watch, told Anadolu Agency.

She was referring to Armed Force Special Power Act law in Jammu and Kashmir, which the Amnesty said “is an abusive law that feeds a cycle of impunity for human rights violations.”

Ganguly said there have been serious allegations of human rights violations in the past, including the cases where security officers were found to be responsible for unlawful killings in Jammu and Kashmir.

“Unfortunately, the Armed Forces Special Powers Act has been repeatedly used to protect perpetrators from proper prosecution,” she said.

“A judicial probe is completely transparent. In the past we have seen no one punished in any case because I guess the probes were not transparent enough. There can be no peace without justice,” he said. “The government needs to probe everyone encounter, even if it is genuine or fake. If it is genuine, it will boost the morale of forces further and if it is fake, strict action can be taken against the violators.”

Also, the Jammu and Kashmir Coalition of Civil Society (JKCCS) and The Association of Parents of Disappeared Persons (APDP) operating in the region said in a statement that “the disappearance and killing of three youth … is a reminder of the deeply entrenched structures of violence that are prevalent in Kashmir.”

“This crime is a continuation of the unaccountable nature of counter-insurgency measures taken by the Indian state in Kashmir for nearly three decades now. The case reveals that extra-judicial killings at the hands of armed forces is not an exception — as claimed by some, but a norm.”

Both the groups said the case “should be investigated by an independent international body, as previous probes ordered into similar cases have failed to bring the perpetrators to book.”

Rajeev Rai Bhatnagar, an advisor to Jammu and Kashmir lieutenant governor, told Anadolu Agency that the army and police are already investigating the matter.

Asked about the calls by human right groups for an independent and transparent probe, Bhatnagar said: “The police are also investigating the case of missing youth and the army is investigating the matter … they are doing their job.”

A police spokesman said the deceased were buried in a remote northern Kashmir village. According to a procedure, police collect DNA samples of unidentified militants killed in gunfights. Army spokesman Col. Rajesh Kalia said they are investigating the matter.

The human right groups in Jammu and Kashmir, however said, the probes ordered in the past have not yielded any result.

“People have no faith in these probes because no one has been punished ever,” Parvaiz Imroz, a Kashmiri human rights lawyer and a civil rights activist, told Anadolu Agency. “The efforts should be to expose these incidents before the international community.”

He said in the past not a single person was seen to be punished as there is complete impunity to forces.

“In the fresh case as well, this is not collateral damage. Three people have been innocently killed. One of them is a minor, and it is a very serious crime,” he said.

In Jammu and Kashmir, the last proven fake gunfight was around 10 years ago, when Indian army was accused of killing three civilians near the Line of Control in Kashmir. While a court martial convicted the accused and sentenced them to jail, an army court suspended their sentence.

Turkiye denounces Council of Europe for intervening in Kavala case