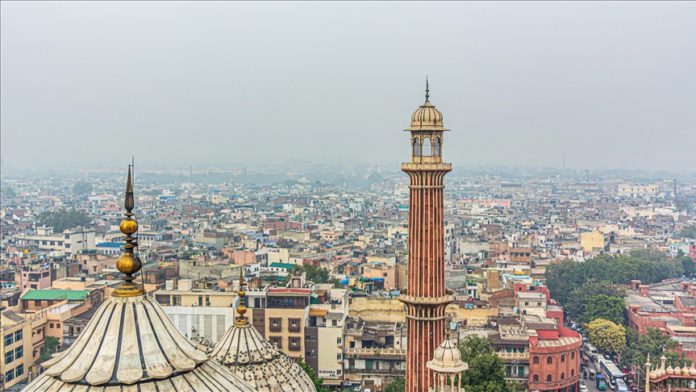 As Human Rights Day is observed globally Thursday, rights experts say that a number of human rights organizations in India are facing severe funding restrictions and the regulations seem to be targeting government critics.

Rights expert Meenakshi Ganguly, who is presently South Asia director at Human Rights Watch (HRW), said India “is no exception” to a decline in the prioritizing of human rights which is being witnessed in many parts of the world.

“All too often, the more difficult responsibility of the government is to uphold universal rights, and this is compromised by a tendency to promote a political ideology, discourage criticism, or ensure security,” she said in an interview with Anadolu Agency.

Ganguly said that much more needs to be done to promote equality and social justice in India.

“India has over the decades achieved much in reducing poverty and hunger, developing education and health services…but instead of strengthening independent institutions to ensure that all rights provided under international and domestic law are protected, we note increasing pressure,” she said.

“Just as many in the media have become politically or ideologically motivated, there is a similar lack of objective and non-partisan intervention in the other pillars that are key to upholding democratic freedoms.”

On a question about several politicians, activists and writers who have been arrested or detained in the country, Ganguly said they have called for all those detained for peaceful criticism of government policy to be released and said the cases against them should be dropped.

“States may find criticism unwelcome, but dissent is the strength of a democracy to protect human rights,” she added.

“While the state has the responsibility to prevent corruption or other criminal actions, these funding regulations seem to be targeting government critics,” she said.

Amnesty International had to shut its operations in India recently, and they blamed a government reprisal.

Asked about the Bharatiya Janata Party (BJP) led government in several states introducing laws on interfaith marriage, Ganguly said “it is unfortunate that a government which has been elected with a popular mandate to promote development and social justice is undermining its international standing with discriminatory policies.”

On allegations of human rights violations in Kashmir, including the recent staged encounter by Indian security forces in which four civilians were killed, she said that “authorities should uphold the right to freedom of expression and association.”

“Allegations of human rights violations should be independently investigated, and those found responsible should be prosecuted.”

Dayal said rights defenders and NGOs are finding themselves in a “pincer movement.”

“On the one hand, the government is trying to starve internationally funded groups by severely pruning the FCRA [Foreign Contribution Regulation Act]. On the other, individuals face threats, police and tax action.”