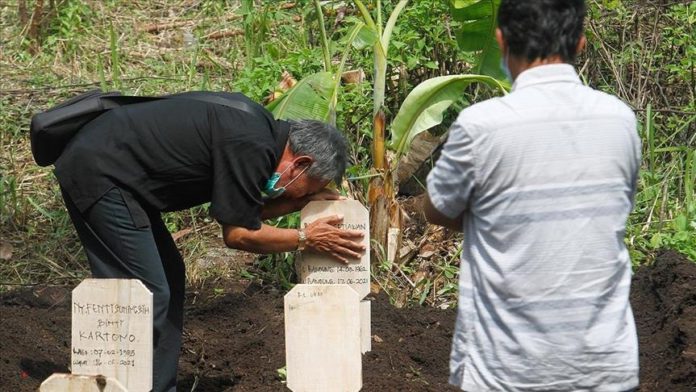 India has reported a total of 45,374 cases of a fungal infection, known as mucormycosis, and 4,332 related deaths, the country’s Health Ministry said on Tuesday.

In a written reply to the upper house of the parliament, Bharati Pravin Pawar, the junior health minister, said that the highest number of deaths from mucormycosis were registered in the western state of Maharashtra (1,129), followed by Gujarat with 656 fatalities.

The minister said that 20,277 patients are still under treatment, while 19,073 have recovered.

During the second devastating wave of the COVID-19 pandemic, the country recorded a huge increase of mucormycosis cases – a fungal disease that is commonly referred to as “black fungus”.

The Health Ministry said that for the last two months, mucormycosis cases in the country is showing a downward trend.

Mucormycosis is a dangerous fungal infection that mainly affects people who have a weak immune system causing loss of eyesight, removal of the nose and jaw bone.

Meanwhile, the country registered 30,093 COVID-19 cases over the past 24 hours, bringing the total number of cases to over 31.3 million. The nationwide death toll stands at 414,482, as 374 new deaths were reported over the past day.

Over 410 million vaccine doses have so far been administered in the country, the Health Ministry said.

A study by the Center for Global Development, a US-based research group, said on Tuesday that the death toll from the coronavirus in India is up to 10 times higher than the officially reported figure.

“True deaths are likely to be in the several millions not hundreds of thousands, making this arguably India’s worst human tragedy since partition and independence,” the study said.

Meanwhile, the Indian government said that the fourth round of national sero survey has found that around 400 million people in the country are still vulnerable to the COVID-19 infection.

Seroprevalence indicates the frequency of individuals with antibodies to a particular virus in a population.

“Two-thirds of the general population had SARS-CoV-2 infections. A third of the population did not have any antibodies i.e. approximately 40 crore (400 million) population of this country is still vulnerable,” Dr. Balram Bhargava, the head of the Indian Council of Medical Research, said at a news briefing on Tuesday.

Antibiotic resistance: A foe that knows your next move