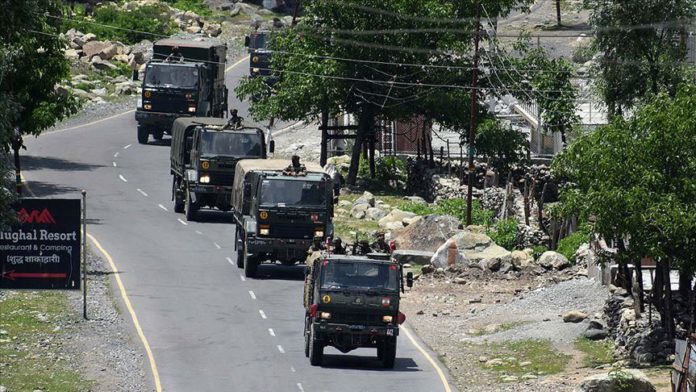 India has rejected China’s claim on the Galwan Valley in Ladakh in the disputed Kashmir region, which became a battleground between the armies of two countries on Monday.

Responding to questions on Thursday, spokesperson of India’s Ministry of External Affairs Anurag Srivastava described Chinese claims “exaggerated and untenable” and violation of the understanding reached by corps commanders at their meeting on June 6.

“Both sides have agreed that the overall situation should be handled in a responsible manner and that the understandings reached between senior commanders on June 6 should be implemented sincerely. Making exaggerated and untenable claims is contrary to this understanding,” said the spokesperson.

Earlier Chinese Foreign Ministry and its army had asserted that Indian troops had provoked the violence by crossing over to their territory. The statement explicitly cited China’s claim.

Both armies fight with fists and clubs amid freezing temperatures and scant oxygen at the valley on Monday night resulting in the death of at least 20 Indian soldiers, including a commanding officer.

Chinese Foreign Ministry Spokesman Zhao Lijian had also reiterated that the Galwan valley belongs to Beijing while reading out the military statement.

The army commanders of both countries are once again meeting on Thursday to resolve the issues related to the violent face-off, confirmed Indian Army sources.

Indian local media reported that despite talks of de-escalation, China has brought-in several hundred soldiers and heavy construction equipment into the Galwan valley as seen through the latest satellite images.

The latest standoff and killing of Indian soldiers has led to many Indians asking for boycotting Chinese products.

Jitendra Awhad, a leader of the main opposition Indian National Congress party has asked the central government to scrap the Delhi-Meerut metro-rail work, the contract for which has been bagged by a Chinese firm.

“After the talk of Atmanirbhar Bharat (self-reliant India), the contract has been awarded to a Chinese company. Who gave the contract? Under whose jurisdiction the Railways comes? Is it not the Centre?” Awhad asked in a tweet on Wednesday, while demanding that the contract be scrapped.

Hashtag #BoycottChina has been going viral on social media in India. On Wednesday, various civil groups shared videos of destroying China-made television sets and asking people to do the same.