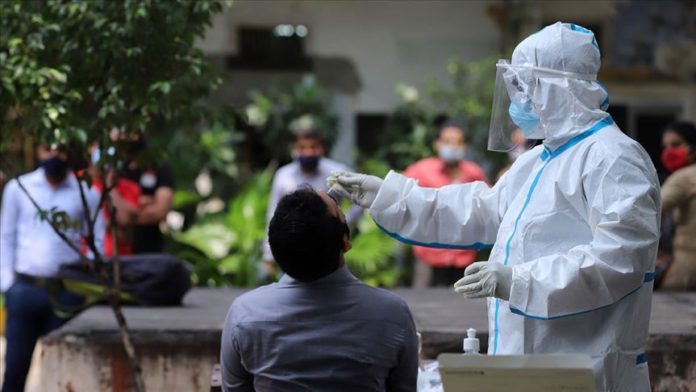 India on Saturday recorded nearly 45,000 new coronavirus cases on Saturday, official figures showed, bringing the total number of cases in the country to more than 8.77 million.

According to an update released by the Indian Health Ministry, 520 new deaths from the virus were reported over the past 24 hours.

India’s active cases as of Saturday morning stand at 480,719, while the total number of those recovered from the virus is over 8 million (93.05%).

While India is presently the second worst-hit country in the world in terms of number of cases, the new cases on a daily basis are slowly declining except in several cities where cases have started to increase.

The country’s capital New Delhi which is grappling with air pollution has been witnessing a spike in coronavirus cases since mid-October, with officials saying the city is seeing a third peak of the virus. New Delhi, for the first time, saw a daily spike of over 8,000 new cases earlier this week.

New Delhi’s Chief Minister Arvind Kejriwal on Friday identified the pollution as “one of the biggest factors” for the spike in COVID-19 cases and hoped the situation would come under control within the next seven to 10 days.