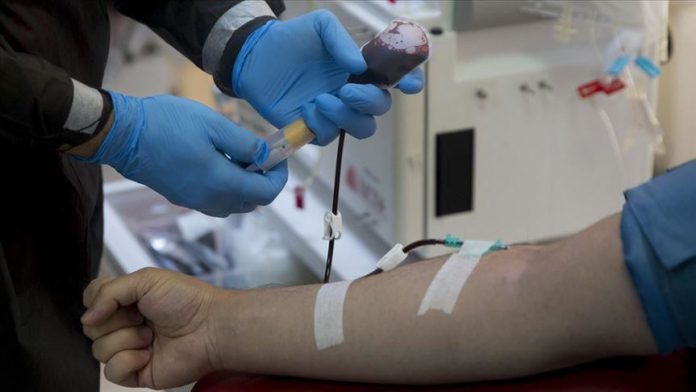 More than 200 Tablighi Jamaat members who have recovered from COVID-19 infection in the Indian capital New Delhi have pledged to donate plasma for the treatment of other patients, according to health authorities.

The capital Delhi’s Health Department said the plasma collected will be used to treat critically infected patients through the procedure called the convalescent plasma therapy.

Speaking to Anadolu Agency, the COVID-19 Coordinator of Health Department, Mohammad Shoaib, said that they have started to receive plasma samples.

“We received 10 samples from Tablighi Jamaat members yesterday who had recovered. We are hoping to collect 50 more samples. When we requested for blood plasmas, 200 people came forward. The plasmas can only be collected from those, who first tested positive and later recovered,” said Dr. Shoaib.

Over 2,300 people had been evacuated from the headquarters of Jamaat called Markaz located in Nizamuddin locality of Delhi towards the end of March. Out of which 1,080 had tested positive for COVID-19. So far 869 members have recovered from the infection, said local media reports.

Delhi Chief Minister Arvind Kejriwal on Sunday had called for plasma donations stating that the plasma will help save the lives of critical COVID-19 patients.

According to doctors, people who recover from the pandemic develop antibodies in their blood to fight the disease. This, in turn, is called convalescent plasma, and the process of transferring it is known as convalescent plasma therapy.

“Coronavirus disease can happen to anyone irrespective of one’s faith. Come forward and donate plasma. We all want to recover and survive the coronavirus crisis. If tomorrow, a patient is Hindu and is serious, who knows maybe the plasma of a Muslim person can save him or vice versa,” said Kejriwal.

Important message from the chief minister

Analysts described it as an important message in the wake of far-right Hindu groups dubbing Jamaat members and Muslims for spreading pandemic as part of the conspiracy.

The Indian government had come hard on Jamaat for organizing an event from March 13-15 in New Delhi, attended by thousands of Muslims from within and outside the country.

As the anti-Muslim hate campaign surfaced in the country, the rights body of the Organization of Islamic Cooperation (OIC) called on New Delhi to stop Islamophobia.

Maulana Muhammad Saad Kandhlawi, the head of the Tablighi Jamaat in India, is facing criminal charges for organizing the event. He released a statement on Tuesday, asking Jamaat attendees to donate blood plasma.

“During this crisis, it is important to save the life of a sick person. People, who are now cured of COVID-19, should donate blood plasma to others who are still fighting the disease and are under treatment. It is my humble request to all Muslims to show this act of kindness,” stated Maulana Saad in his letter.

According to the US-based John Hopkins Coronavirus Resources Centre, India has so far reported 27,977 infected cases with 884 deaths.

China exports surge on demands from US, EU, ASEAN