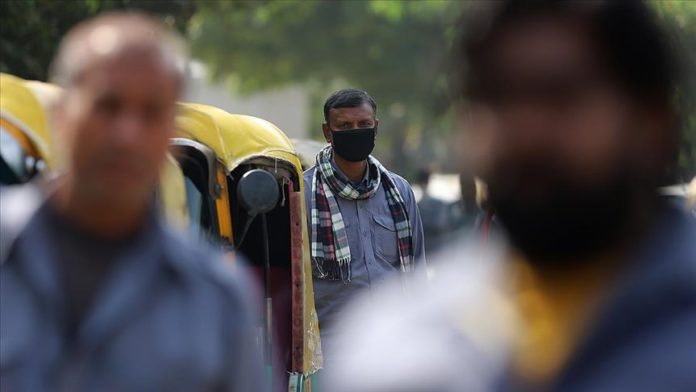 The fresh cases came a day after the country recorded a new high of nearly 169,000 single-day cases and surpassed Brazil to become the second most affected country globally again in terms of cases after the US.

The Health Ministry said on Tuesday that 10 Indian states have shown a rise in the daily new cases. “80.80% of the new cases are reported from these 10 states,” the statement said.

Amid the massive surge, India has now approved the use of the Russian Sputnik V COVID-19 vaccine, the Russian Direct Investment Fund, which is Russia’s sovereign wealth fund, confirmed in a statement late Monday night.

“India is the most populated country to register the Russian vaccine. The total population of 60 countries where Sputnik V is approved for use is 3 billion people or about 40% of the global population,” the statement said. “The vaccine has been registered in India under the emergency use authorization procedure.”

On Tuesday morning, India also confirmed the grant of “permission for restricted use in emergency situations” to the Sputnik V vaccine, which has become the third vaccine to be approved for use in the country.

In a separate statement on Tuesday, the Indian government said it has decided to “fast track emergency approvals for foreign-produced COVID-19 vaccines that have been granted EUA [emergency use authorization] in other countries.”

The decision, according to the Health Ministry has been taken “to expand the basket of vaccines for domestic use and hasten the pace and coverage of vaccination.”

In January, the government announced the approval of two vaccines: Covishield and Covaxin vaccines. While the Covishield vaccine is locally manufactured by Pune-based Serum Institute of India and is developed by Oxford University and AstraZeneca, Covaxin is the country’s indigenous vaccine.

There has been a massive rise in the daily cases in India in the last few weeks. Despite the spikes in infections, tens of thousands of people have gathered in the northern Uttarakhand state for the auspicious bathing day of Shahi Snan during the Kumbh Mela Hindu religious festival on Monday.

The country launched its vaccination drive on Jan. 16 this year. According to official figures, over 100 million vaccine doses have been administered so far.