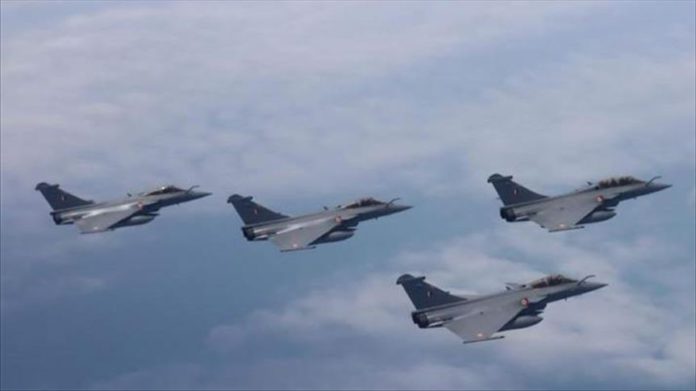 A group of Rafale fighter jets supplied by France landed in India on Thursday after making a nonstop flight from the France, according to reporting by Radio France International.

It is the second of two batches of aircraft sent to the region after the government’s purchase four years ago of 36 total planes worth €7.8 billion ($9.2 billion) from French defense manufacturer Dassault Aviation. The first lot of five Rafale jets landed on July 29.

The jets will be deployed along the border of India and China, where a military stand-off has been taking place since June.

“This induction sends a strong message to the world,” noted India’s Defense Minister Rajnath Singh, adding: ” … especially those who have dared to raise their eyes at us.” Singh made the comments during a military ceremony this week where the five jets were brought into service.

The jets flew the eight-hour nonstop trip from Istres, France to stave off any worry after an incident at the Al-Dhafra Airbase in the United Arab Emirates earlier in the year. When the first batch of five aircraft stopped over at the base this past July, Iran fired missiles at a mock aircraft carrier during an exercise in the Strait of Hormuz.

The move put US troops stationed at both the Al-Dhafra and Al-Udeid bases, the headquarters of the US military’s central command in Qatar, on alert. The US navy called Iran’s exercise “irresponsible and reckless behavior.”

The long-running dispute between India and China will seek to be further remedied through talks this Friday between the two governments.

Indian Air Force Chief R.K.S. Bhaduria has said that by the end of 2021, the first squadron will be fully ready, with India receiving three to four of the aircraft every two or three months from France.

India had also met with US representatives last week to sign a critical defense deal, bolstering the country against China’s impending footprint in the region.

India had also been conducting large naval military exercises this week known as Malabar 2020 in the Bay of Bengal. They are conducted along with the US, Australia, and Japan — a loose strategic alliance known as Quad.

How COVID-19 turned into major health crisis in Iran