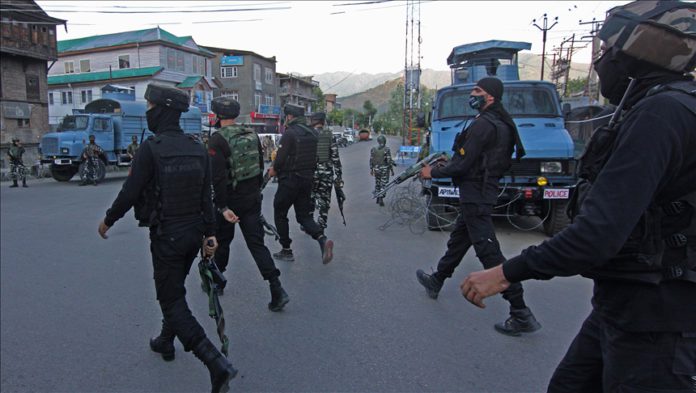 Since Sunday morning, Indian authorities have carried out dozens of raids on residences of figures affiliated with Jamaat-e-Islamic, Jammu and Kashmir’s largest religiopolitical organization – the largest such raids seen since 2019.

In the raids at about 50 locations in 14 of the region’s 20 districts, local police and soldiers from India’s paramilitary Central Reserve Police force were accompanied by National Investigation Agency (NIA) officials, most of whom were flown in from New Delhi, a local police official who was part of one raid told Anadolu Agency on condition of anonymity.

Though saying he does not know the case under which the raids were carried out, he added that it appears to be related to alleged terror funding.

In February 2019, months before scrapping the region’s autonomy and cracking down on anti-India resistance, the Indian government banned Jamaat-e-Islami, claiming “the group is expected to escalate secessionist movements, support militancy, and incite violence.”

Scores of its members were jailed across India under preventive detention laws. One of its members, 65-year-old Ghulam Mohammed Bhat, died in jail in Uttar Pradesh state.

The raids on Sunday are the most extensive since the 2019 crackdown on Jamaat-e-Islami, which in the past ran in elections in the region, but after the anti-India insurgency started in 1990, became part of the larger political leadership advocating the right to self-determination according to UN resolutions on Kashmir.