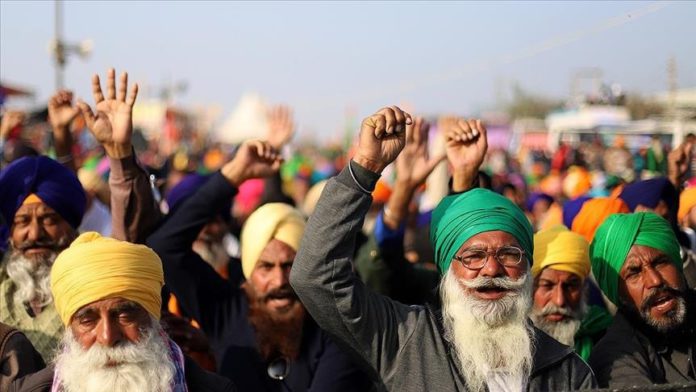 India summoned British High Commissioner Alex Ellis on Tuesday over a debate in the British Parliament about country farm laws.

Foreign Secretary Harsh Vardhan Shringla conveyed “strong opposition to the unwarranted and tendentious discussion on agricultural reforms in India in the British Parliament,” according to a Ministry of External Affairs statement.

“Foreign Secretary made clear that this represented a gross interference in the politics of another democratic country,” the statement said.

The statement noted: “He [Shringla] advised that British MPs should refrain from practicing vote bank politics by misrepresenting events, especially in relation to another fellow democracy.”

British MPs on Monday held a debate in the House of Commons on protests of India’s farm laws.

The debate came in response to a petition initiated by Maidenhead Liberal Democrat leader Gurch Singh, who has Indian roots. The petition titled “Urge the Indian government to ensure safety of protesters & press freedom” also received over 100,000 signatures on parliament’s petition website.

Thousands of farmers have been camping on the outskirts of the capital New Delhi since November last year in protest of three agricultural laws introduced by the government aimed at liberalizing the agricultural sector. The farmers say the laws would jeopardize their livelihoods.

In January, the country’s Supreme Court ordered an indefinite stay on implementation of the legislation, but the farmers are insisting the laws be repealed. Several rounds of government negotiations with the protesting farmers also failed.

The movement, one of the biggest challenges faced by Prime Minister Narendra Modi since coming to power in 2014, has also gotten international support.

Novak Djokovic advances to third round in Wimbledon