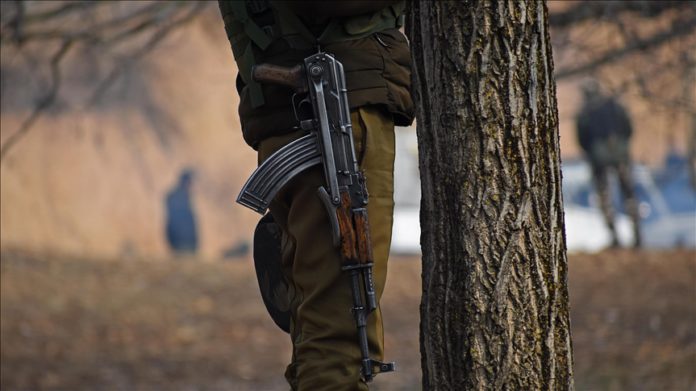 At a news conference in the capital Islamabad, Shireen Mazari, Pakistan’s human rights minister, said the sentence would be in violation of all international laws.

She said a verdict against Andrabi and two other Kashmiri women – Nahida Nasreen and Fehmeeda Sofi – is likely to be announced on Jan. 14 or Jan. 18.

Under Indian law, a life sentence means a convict will be in prison until they die, Mazari said.

“The international community must raise its voice for Andrabi before India announces the sentence; otherwise, this will be judicial murder,” she said.

Andrabi, founder of the pro-freedom Kashmiri group Dukhtaran-i-Millat, or Daughters of the Nation, has been in New Delhi’s Tihar Jail for nearly three years along with her associates Nasreen and Sofi.

“Why is the international community silent on this issue? Why is the UN secretary general, who speaks about everything, silent on what the Indian government is doing to Kashmiris?” she said.

“Why is Michelle Bachelet, the [UN] high commissioner for human rights, not taking up this issue despite the several letters Pakistan has written to her?”

The minister said Islamabad sent a new letter to Bachelet on Sunday, adding that Prime Minister Imran Khan’s government could also put forward a demand for the UN to form an international tribunal “to prosecute India for its war crimes in Kashmir.”

Ahmed bin Qasim, Andrabi’s son, also spoke at the news conference, shedding light on the suffering of the jailed activist and her family.

“My mother has spent over 12 years of her life in prison. I am only allowed to speak to her for five or 10 minutes once a month, that too in the presence Indian policemen,” said Qasim.

“My father was jailed just two months after I was born; I don’t have any childhood memories of him,” he said.

Fakto is serving a life sentence and was recently shifted to a jail outside Indian-administered Jammu and Kashmir.

“I am not alone – every Kashmiri child has such harrowing stories of the atrocities inflicted on us by the occupying Indian forces,” said Qasim.