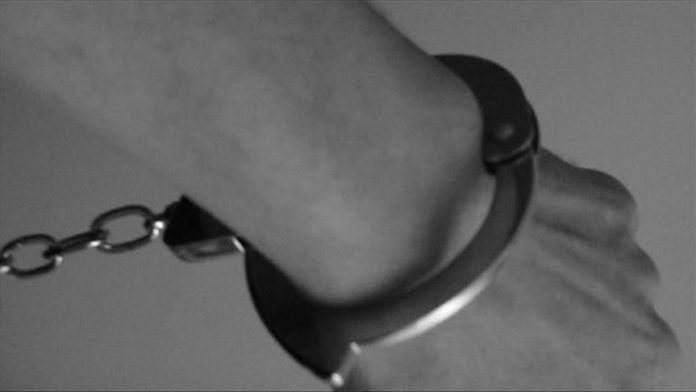 India is among several countries where human rights defenders and activists imprisoned for criticizing the government have been kept in jail despite the risk of COVID-19, Amnesty International said in a report released on Thursday.

The new briefing, Daring to Stand up for Human Rights in a Pandemic, states that India is one of the countries that has “left prisoners of conscience to languish in appalling conditions despite widely publicized prisoner release programs.”

According to the report, 131 people who speak up for human rights have been harassed, prosecuted, killed, or imprisoned on COVID-19-related pretexts in 46 countries.

It identifies at least 24 cases in India where rights activists have been excluded from release despite measures to reduce the number of inmates in jails.

“After India’s Supreme Court issued a directive to decongest prisons to contain the spread of COVID-19, thousands of prisoners were released. However, many human rights defenders, who should never have been detained in the first place, continue to remain in prison,” read the report.

There was no immediate reaction from New Delhi on the Amnesty report.

Amnesty International named several activists, including Safoora Zargar, who was kept under pre-trial detention in India for two months under the Unlawful Activities (Prevention) Act (UAPA).

The report described the UAPA as “a draconian piece of legislation which has been misused to detain government critics and human rights defenders.”

“In addition, the 11 activists who were arrested for their alleged involvement in the 2018 Bhima Koregaon violence and were remanded in pre-trial detention, have been repeatedly denied bail despite rising health concerns.”

It warned that Dalit and Adivasi rights activists Gautam Navlakha and Anand Teltumbde, poet Varavara Rao, Professor Shoma Sen, and activist Vernon Gonsalves, “who continue in pre-trial detention under the UAPA, are at particular risk due to their age and underlying health conditions.”

Among the Indians identified in the report is Dr. Kafeel Khan, who according to his family, was first jailed in September 2017 solely for highlighting mismanagement at a government hospital in Gorakhpur, a city in northeastern India.

“He was in charge of a ward at a state-run hospital, where over 70 children died in one night in August 2017 after the piped oxygen supply ran out. My brother raised this issue, worked overtime, and even monetarily helped families buy oxygen cylinders from outside,” Adeel Ahmed Khan, the pediatrician’s brother, told Anadolu Agency.

Khan was released in 2018, after nine months in prison, but continued to receive death threats.

He was arrested again in December 2019, this time for giving speeches against the controversial Citizenship Amendment Act.

Booked under the National Security Act, he has been in prison ever since, with his trial repeatedly delayed due to the virus pandemic.

“My brother has become a scapegoat for government failures. He even offered to help during the COVID-19 crisis, but the government refused to grant him bail,” said Khan.