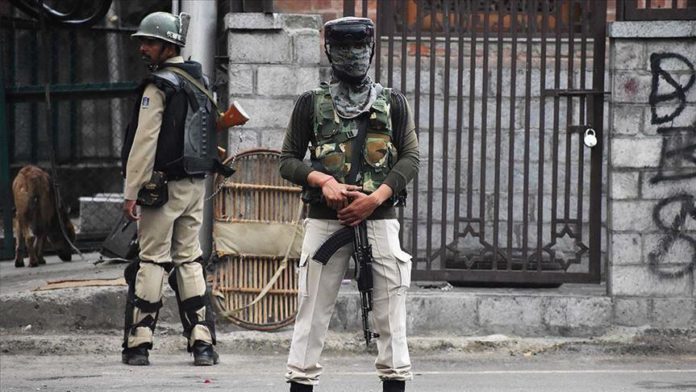 Indian police on Wednesday morning arrested a news anchor in connection with a 2018 suicide case.

Critics accuse Arnab Goswami, editor-in-chief of Republic Media Network, of aggressiveness and bias in covering the news in favor of the government led by the Bharatiya Janata Party (BJP) and trumpeting right-wing politics.

In a statement, Republic TV said Goswami was “physically assaulted and dragged out of his home in a police van,” after police raided his house in Mumbai in Maharashtra state.

“Republic Media network stands strongly against the Maharashtra government and the Mumbai Police’s transparent abuse of power, the butchery of the rule of law, murderous assault on the free press of a democratic India,” the statement said.

Sachin Vaze, a top Mumbai police officer, told Republic TV that Goswami was arrested in a case of “abetment and aiding of suicide.”

“This is a 2018 case where a son and mother committed suicide because of the atrocities of Arnab Goswami,” he said.

For its part, the Editors Guild of India termed the arrest of Goswami “extremely distressing.”

“The Guild calls upon Maharashtra CM [chief minister] to ensure that Goswami is treated fairly and state power is not used against critical reporting by media,” the guild said in a statement.

Soon after the arrest, Prime Minister Narendra Modi and all cabinet ministers, including Home Minister Amit Shah, came out in support of Goswami and targeted the Maharashtra government for attacking the press.

Amit Shah tweeted: “Congress and its allies have shamed democracy once again. Blatant misuse of state power against Republic TV & Arnab Goswami is an attack on individual freedom and the 4th pillar of democracy. It reminds us of the Emergency. This attack on free press must be and WILL BE OPPOSED.”

The Maharashtra government is ruled by a coalition of regional party Shiv Sena, the Nationalist Congress Party and Indian National Congress party. Shiv Sena had previously been a BJP ally.

Some, however, have questioned the Modi government for its alleged selective approach to freedom of the press.

Journalist Nirupama Subramanian said: “Never saw Arnab and his TV stand up for media rights when journos arrested/booked in UP [Uttar Pradesh state], Kashmir etc, nor this touching outpouring of statements on media freedom from all cabinet ministers and others in BJP.”

Goswami has been arrested in connection with the suicides of interior designer Anvay Naik and his mother Kumud Naik in May 2018. A suicide note purportedly written by the designer named three people, including Goswami, according to local daily Hindustan Times. A year later, the case was closed.

“Adnya Naik had complained to me that #AlibaugPolice had not investigated non-payment of dues from #ArnabGoswami’s @republic which drove her entrepreneur father & grandmom to suicide in May 2018. I’ve ordered a CID re-investigation of the case,” Deshmukh had tweeted in May.