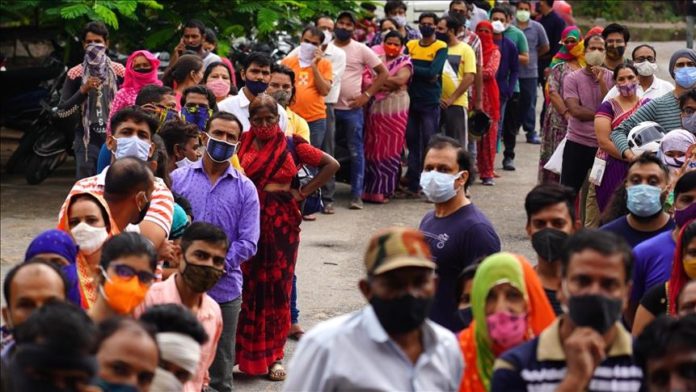 Alarmed at the depletion of natural wetlands due to rapid urbanization and other factors, experts in India have sought stringent measures as well as promoting a water literacy movement to ensure efficient use of water.

Although India hosts maximum natural wetlands in South Asia, it has lost nearly one-third of them due to urbanization and other factors, according to a report recently published by Wetlands International South Asia (WISA).

Out of them, 47 bodies are included under the Ramsar Convention — an international treaty for the conservation and sustainable utilization of wetlands.

Speaking to Anadolu Agency coinciding the World Wetlands Day, which is being observed on Feb. 2, world-renowned water conservationist Rajendra Singh predicted the serious scarcity of water in the coming years.

“Within next five years if serious measures are not taken for the conservation of the lakes and ponds, India would also witness climate refugees,” he said. ​​​​​​​

The climate refugee is a term used to describe the increasing large-scale migration and movements of people that were partly caused by such weather-related disasters.

“We are seeing in Europe how it is witnessing climate refugees from many parts of Africa. We need to take measures otherwise in the coming years, we will also be called climate refugees.”

Warning against the excessive pumping of groundwater, which has dried water reservoirs, he called for maintaining a recharge balance.

“To avoid water-level depletion, discharge, and recharge balance have to be maintained, and it is possible only by the community-driven decentralized management,” he said.

Lakes and ponds need to be notified

He said that a large section of wetland has been used over the last few years for the sake of development. He demanded that all the lakes and ponds in the country need to be notified.

“Yes, some big lakes and ponds are notified but not the small lakes, which are more useful in recharging the underground aquifers, not the big ones only,” he said.

Singh, who is also the recipient of several awards said while the government has created infrastructure on the dried lakes and ponds, people have also encroached lands of ponds for the sake of agriculture, for habitation.

The top environmentalist also listed several measures to save existing wetlands and to save water.

“Firstly, there has to be identification, demarcation, and notification of all the lakes and ponds and all types of water bodies. We need community-driven decentralized water resource management,” he said.

Singh also said that the country should start a water literacy movement for efficient use of water.

“We can link our crop patterns with rain patterns and can utilize 40% less water to achieve the same yield,” he said, adding that people needed to realize and understand how to save water and its importance.

Last year India had announced the establishment of a Centre for Wetland Conservation and Management.

Officials said that under the National Plan for Conservation of Aquatic Eco-systems, they are already restoring wetlands including lakes, through an integrated and multidisciplinary approach and a common regulatory framework.