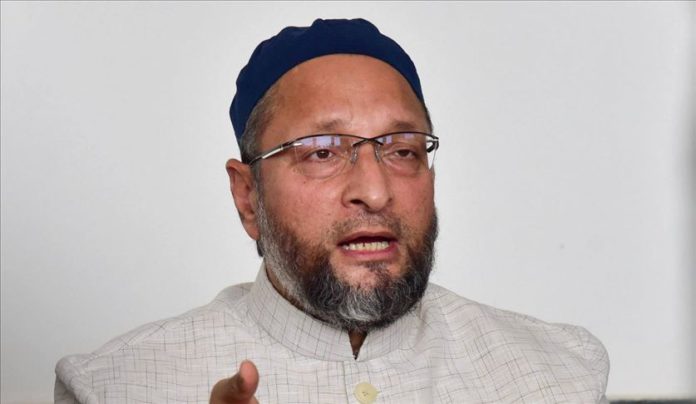 Indian Muslim leaders have expressed dismay at the special court judgment that on Wednesday exonerated all 32-surviving accused in the Babri Mosque demolition conspiracy case.

President of the All India Majlis-e-Ittehadul Muslimeen and lawmaker Asaduddin Owaisi, termed it a “black day”.

“The Supreme Court itself said that demolition was egregious, then what does this verdict mean? How can you give such a verdict when we have openly seen that L K Advani, Uma Bharti, MM Joshi were distributing sweets at the time of demolition? What message are you sending?” he asked.

He said the verdict amounted to telling people that the violence pays.

“The Central Bureau of Investigation (CBI) charge sheet said Kalyan Singh and Advani are conspirators. This judgment satisfies the collective consciousness of Hindutva and its followers. Now the question, is who broke the Masjid then? “Owaisi added.

The verdict in the criminal case related to the Babri Mosque demolition conspiracy came almost 28 years after it was pulled down in the north Indian city of Ayodhya by a frenzied mob.

Judge SK Yadav, while acquitting all accused said: “The Babri Mosque demolition was not pre-planned.”

As many as 42 ruling Bharatiya Janata Party (BJP) leaders and its associated organizations were charged in the case, including the former Deputy Prime Minister Lal Krishna Advani, and his associates Murli Manohar Joshi, Kalyan Singh, Uma Bharti, as well as Hindu religious leaders Sadhvi Rithambara, Nritya Gopal Das, and Vinay Katiyar. Out of them 10 accused had passed away during the trial.

The court observed that the evidence against the accused are not strong enough and it was planned.

Zafryab Jilani, the spokesperson of All India Muslim Personal Law Board — a representative body for Indian Muslims — told Anadolu Agency: “We are not satisfied with the verdict. It is against both evidence and the law. We will approach the High Court in this case.”

“In the final judgment of the Babri Mosque case, the court had clearly said Muslims had been wrongly deprived of a mosque that had been constructed well over 450 years ago. Then the Supreme Court also said that it was unlawful destruction. However, if there was a criminal conspiracy, it had to be decided by the court, “said Khalid Rasheed.