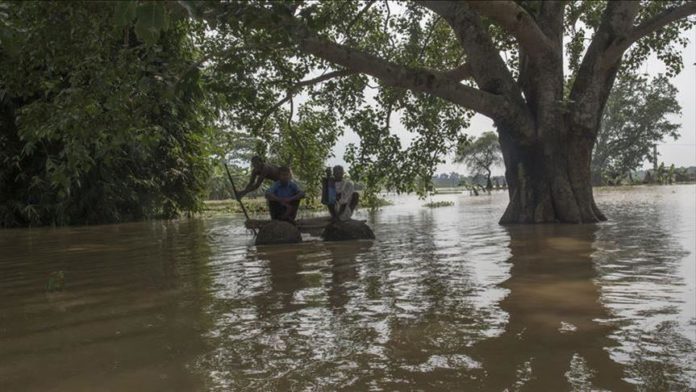 Heavy rains since Tuesday paralyzed the daily life in India’s financial capital Mumbai on Wednesday. Buses and trains services were disrupted while roads remained waterlogged bringing the city on a standstill.

Late on Wednesday, over 200 people were rescued by the National Disaster Recovery Force (NDRF) after two local trains got stuck due to waterlogging.

“Eight NDRF teams helped in rescuing the stranded passengers from the two local trains. Water was over three feet and boats had to be brought in to the rescue,” tweeted the NDRF headquarters.

“Extremely heavy rainfall is likely to continue. Mumbai and its adjoining areas will have rain and winds with speed reaching up to 43.4 miles per hour till Thursday morning,” it said.

On Tuesday, two people died while two others went missing due to rains. Another 38-year-old unidentified man died of electrocution caused by rains, confirmed the NDRF.

The Chief Minister has further appealed to the people of Mumbai to stay indoors on Thursday.

Since Monday evening, torrential rains have pounded the city. By the next 10 hours, the city had logged 230 mm of rainfall, making it the heaviest pour since 2005.

Tennis: Novak Djokovic to compete in US Open