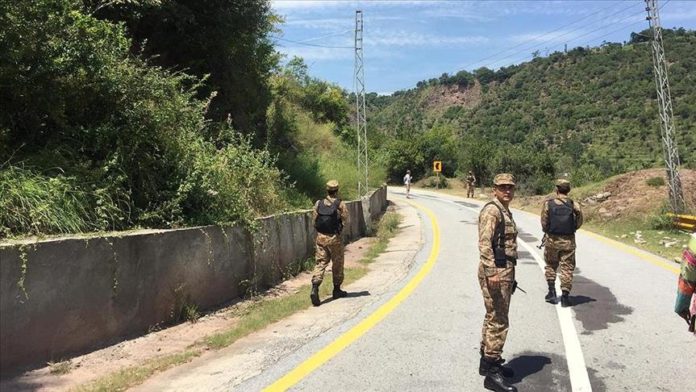 Under the leadership of Prime Minister Narendra Modi, India is more likely than in the past to respond with military force to perceived or real provocations by Pakistan, according to a recent US intelligence report.

Heightened tensions have raised the risk of conflict between the two nuclear-armed neighbors, with violent unrest in Kashmir and a militant attack in India being potential flashpoints, said the report by the Office of the Director of National Intelligence released last week.

“Although a general war between India and Pakistan is unlikely, crises between the two countries are likely to become more intense, risking an escalatory cycle,” read the Annual Threat Assessment of the US Intelligence Community.

The report said China has increasingly become a competitor against the US, challenging it in multiple arenas, including the domains of economy, military, and technology.

“The Chinese Communist Party will continue its whole-of-government efforts to spread China’s influence, undercut that of the United States, drive wedges between Washington and its allies and partners, and foster new international norms that favor the authoritarian Chinese system,” the report said.

“Beijing sees increasingly competitive US-China relations as part of an epochal geopolitical shift and views Washington’s economic measures against Beijing since 2018 as part of a broader US effort to contain China’s rise.”

On the Middle East, the report warned the region will remain characterized by pervasive conflicts, due to active insurgencies in several countries, mostly between Iran and other countries, while terrorism and protest movements causing occasional violence.

“ISIS [Daesh] remains capable of waging a prolonged insurgency in Iraq and Syria and leading its global organization, despite compounding senior leadership losses,” the report said.

“Al-Qa‘ida’s senior leadership cadre has suffered severe losses in the past few years, but remaining leaders will encourage cooperation among regional elements, continue calls for attacks against the United States and other international targets, and seek to advance plotting around the world.”

Lastly, the report noted that the US expects COVID-19 to remain a threat to populations worldwide until vaccines are widely distributed.

“The economic and political implications of the pandemic will ripple through the world for years,” it said.

“The pandemic is raising geopolitical tensions, and great powers are jockeying for advantage and influence … people grow more desperate in the face of interlocking pressures that include sustained economic downturns, job losses, and disrupted supply chains.”