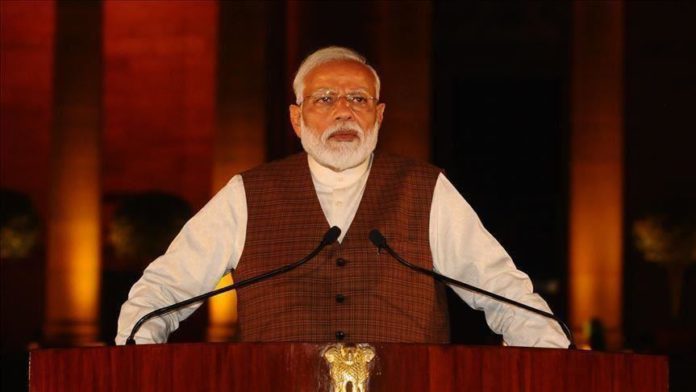 Indian Prime Minister Narendra Modi on Saturday inaugurated “the longest highway tunnel in the world” built in the northern state of Himachal Pradesh that borders China.

Strategically important, the tunnel named after former Prime Minister Atal Bihari Vajpayee is located in Himalayas at an altitude of 3000 meters (10,000 Feet) from the mean sea level (MSL).

Modi travelled to Himachal Pradesh to inaugurate the tunnel.

In a televised speech, the Indian premier said the tunnel will give a new strength to India’s border infrastructure.

“The Atal tunnel will give new strength to India’s border infrastructure. It is an example of world-class border connectivity,” Modi said.

He said that the tunnel will also be a “lifeline” to the nearby Ladakh region.

India and China are facing heightened faceoff along the Line of Actual Control (LAC), a de facto border near the Himalayan region of Ladakh in disputed Jammu and Kashmir.

An official hand-out said earlier that the Atal Tunnel is the “longest highway tunnel in the World.”

“The 9.02 Km [5.6-mile] long tunnel connects Manali to Lahaul-Spiti valley throughout the year [….] the tunnel reduces the road distance by 46 Kms [28.5 miles] between Manali and Leh and the time by about 4 to 5 hours,” the release said.

It added that it has been designed to handle traffic density of 3,000 cars and 1,500 trucks per day.