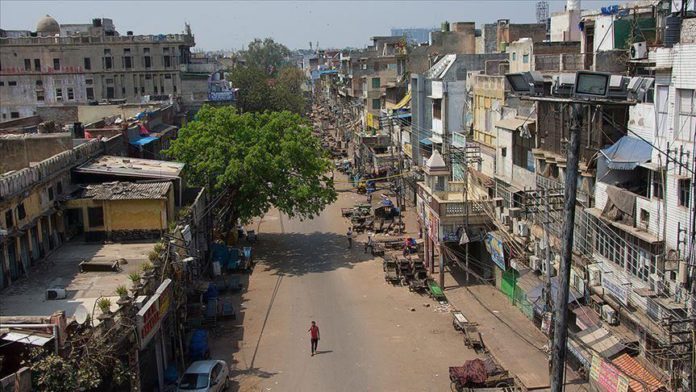 As many as 25,000 people have been granted domicile certificates in Muslim-majority Indian administered Jammu and Kashmir since May 18, which local politicians believe is the beginning of disturbing demographic profile of the region.

The certificate, a sort of citizenship right, entitles a person to residency and government jobs in the region, which till last year was reserved only for the local population.

Last year on Aug. 5, when India revoked the semi-autonomous status of the region, it also scrapped the local special citizenship law, guaranteed under Article 35 (A) of the Indian Constitution.

The law was barring outsiders including Indian nationals from settling and claiming government jobs, to maintain the demographic balance.

On Friday, a picture of the domicile certificate issued to Navin Kumar Choudhary, a bureaucrat originally from the Indian state of Bihar, went viral on social media.

In April this year, amid the ongoing coronavirus lockdown, the government notified domicile laws making an unspecified number of outsiders eligible for residency and jobs.

Also, children of Indian government employees who have served in the state for 10 years are eligible to settle and claim local citizenship rights. The law applies even if the children have never lived in Kashmir.

Out of 66, top bureaucrats serving in the region, 38 are outsiders belonging to other Indian states. Many other outsiders serve in various central government institutions like banks, post offices telecommunication facilities, security institutions, and universities.

Kashmiri politicians across the divide have said the revocation of special citizenship rights was aimed at reversing the Muslim majority character of the region.

Speaking to Anadolu Agency on the condition of anonymity, a government official said, since May 18, when the rules were notified, 33,000 persons had applied for the domicile certificates. Out of them, 25,000 persons have been granted citizenship rights, he said.

As many as 32,000 applications were filed in 10 districts of the Hindu majority Jammu region. The highest number of 8,500 certificates has been issued in the Doda district, which has a delicate demographic balance, with Muslims comprising 53.81% and Hindus 45.76%.

In the Kashmir region, which is about 96.4% Muslim population, 435 certificates have been issued so far, out of the total 720 applications.

As of now, it is not clear how many outsiders, like Choudhary, have been issued domicile certificates. The 25,000 new citizens also include Hindu refugees, who had settled in the region at the time of partition of the sub-continent in 1947. They had migrated from territories, now part of Pakistan. But due to the state’s residency laws and special status they were not granted local citizenship rights.