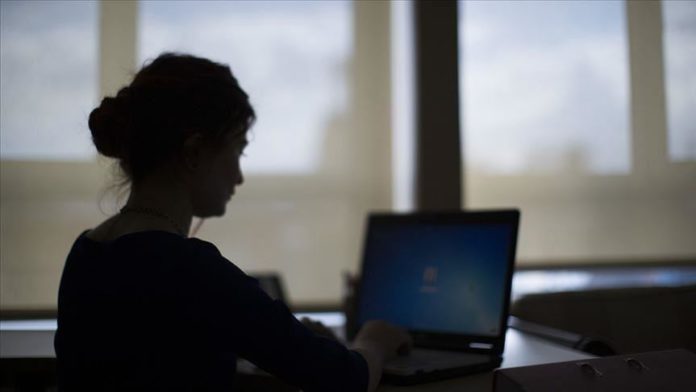 Two residents in India’s commercial capital of Mumbai while walking past a newly built 31-story Adrash Housing Society in 2010 decided to file an application under the Right to Information Act (RTI).

They wanted to know the original plan of the building built on defense ministry land and the inhabitants of the posh society.

After inspecting files, they learned that building was meant to house war widows. But the flats were sold to politicians and rich businessmen. Such was the impact of revelation that it led to the resignation of Chief Minister of Maharashtra Ashok Chavan and the rolling of many top heads.

Enacted in 2005, the RTI law proved a game-changer across the country, helping ordinary people to expose corruption like the telecom scandal and alleged embezzlement of funds in hosting the Commonwealth Games in the capital New Delhi in 2011.

The law empowered people to seek any information from the government on anything except on critical security issues.

Ahead of the International Day for Universal Access to Information being observed on Monday, activists, and experts in India, are now lamenting at the near-death of this law.

Experts believe that last year, the government diluted the law, by incorporating various amendments, and gained control over the working of the Information Commission, which was supposed to be the top quasi-judicial body to adjudicate matters related to RTI.

Speaking to Anadolu Agency, Anjali Bhardwaj, co-convener of National Campaign for People’s Right to Information (NCPRI) said that the new amendment compromised the autonomy of the law of the information.

“Powers have been given to the central government to appoint information officers. Complaints to information offices need to be independent of the government. They cannot work in fear. This amendment has been a severe blow to the edifice of the RTI law,” she said.

The Supreme Court of India has held judgment that the right to information is a fundamental right under the basic provisions of the Indian Constitution, which guarantees citizens the freedom of speech and expression and the right to life.

According to Satark Nagrik Sangathan (SNS) — a citizens’ group working to promote transparency and accountability — every year people file 4-6 million applications under the RTI across the country.

“The law has been extensively used to hold governments accountable for lapses. It has also been used to question the highest authorities of the country on their performance, their decisions, and their conduct,” stated a report released by SNS.

In a landmark order in 2015, the Supreme Court had ordered the Reserve Bank of India to disclose inspection reports of banks under the RTI. The central bank had earlier rejected an application seeking these details.

But experts believe that the new amendments have crippled the law.

Venkatesh Nayak, the program coordinator at the Commonwealth Human Rights Initiative (CHRI), said that it has now become difficult to obtain authentic information.

“When the government introduced this law in 2005, they did not reckon that the citizens will take to it as a fish takes to water. While it was a game-changer for many years, lately, getting access to information has become very difficult as a lot of it is not being provided,” he told Anadolu Agency.

In his recent two RTIs, in the months of April-May, to the central government of India, Nayak demanded to know the details of the migrant workers’ movement from cities to rural areas and the exact number of hospitals dedicated to the COVID care. But was denied information.

“Both the times, I got the same reply- we do not compile this data. In some cases, they pointed me to the state government websites, but there was no concrete comprehensive data available anywhere,” he added.

Nayak even filed a complaint to the Chief Information Commissioner (CIC) demanding that a nodal officer be appointed to manage COVID-19 related statistics.

In another such case, Nayak enquired about the amount of money spent by the government in the promotion of its COVID-19 mobile application Aarogya Setu.

“After persistence, I got a half-reply that around $3 million was spent on the promotion in the month of May-June, but no further details were provided. It is not like the enthusiasm to file RTIs has reduced, but the responses have been slow, half, or delayed,” he said.

Other issues related to RTI are that it is inaccessible for disabled people, especially visually challenged, as the website demands a human test.

The government uses numerous exemptions to circumvent the law. Nayak said it has been difficult to get information related to Jammu and Kashmir status change, electoral bonds, and banks’ interaction with private companies.

As per the law, delay in providing information or rejection, without a reasonable cause, would invoke a penalty on the government official. But still, responses are delayed and even rejected.

Bhardwaj said the RTI has suffered and has a huge backlog in the last few years due to the government not appointing commissioners. The posts of one chief officer and 10 information officers are lying vacant.

“Not a single post of information commissioners has been filled since 2014. Every time there is a retirement, the post remains vacant. At this moment, as we talk, the Central Information Commission is headless,“ she said.

EU foreign ministers set to decide on sanctions against Russia