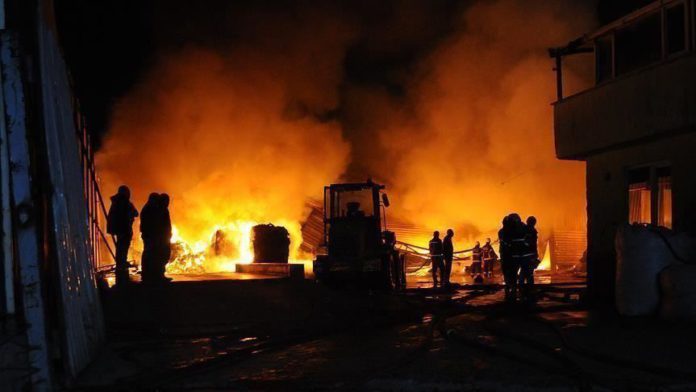 A fire broke out at a plastic goods factory in a four-story commercial complex in India’s eastern city of Kolkata on Sunday, local media reported.

“The fire is still raging as black smoke can be seen billowing out of the area. There are no reports of any person being injured or trapped inside the building,” the news outlet India Today said.

At least seven fire tenders had to be rushed to the spot.

The building is located at the city’s commercial hub crossing and thus all the traffic has had to be routed, but due to it being a Sunday, there were no employees thus no casualties. Operation is currently underway.

In a tweet, the local district commissioner of traffic police in Kolkata wrote: “Due to a fire incident at Canning Street, traffic on Brabourne Road western flank, towards Howrah is diverted via Strand Road from NS Road & India Exchange Place Crossing.”

As per the COVID-19 protocols, firemen are advised to avoid contact with strangers even while dousing the fire. Thus, no locals have been allowed to help firemen.

According to locals, as reported by daily Times of India, thick black fumes started billowing out of the window of a first floor shop around 9.50 a.m. (0420GMT). The fire brigade was immediately informed.

Another fire had broken out on the tenth floor of a residential building in Kolkata on Saturday. Five fire tenders had rushed to the spot to douse the flames. There were no reports of casualties.

November 19, 2019
We use cookies to ensure that we give you the best experience on our website. If you continue to use this site we will assume that you are happy with it.Ok