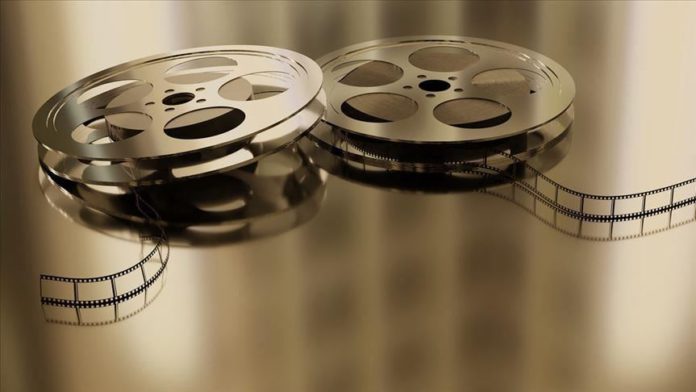 The lockdown enforced to stem the spread of coronavirus or COVID-19 pandemic has hit the glitz, vibrancy, and spectacle of India’s film industry.

As per initial estimates the Bollywood – second largest film industry in the world – has lost $134 million over the past three months.

Even as India on Monday relaxed its lockdown, easing most of the restrictions for over 1.3 billion population, experts believe that it will take a long time for the entertainment industry to return to its vibrancy.

The guidelines issued for the fifth phase of the nationwide lockdown have allowed resumption of shooting. The Cultural Ministry, on Sunday, however, asked producers to adhere to elaborate protocols while conducting pre-and post-production work.

The key industry body, Indian Film and Television Directors’ Association (IFTDA), however, expressed reservations at some protocols, which makes the presence of a doctor mandatory at the sets and bars people above 65 to attend shooting.

“With all senior actors not able to work, it is going to be harder to get back on the feet. We have some seasoned senior technicians, who wish to return to work, what about them?” asked Pandit.

He said that a film unit cannot hire doctors, who will be sitting and waiting for something to happen all day when they are required in hospitals.

His association is now planning to write a letter to the concerned ministry pleading to review guidelines. He said that the shooting scheduled will have to be halted if all the actors cannot return to work and will result in further losses.

The IFTDA is also planning to demand a financial package for the industry, which provides jobs to millions of people.

The lockdown has delayed many mega projects like producer Karan Johar’s Takht, starring Ranveer Singh and Jahnvi Kapoor. The shooting for the film was scheduled to start in April. The shooting of another film Sooryavansham under Rohit Shetty has also been delayed.

“Most of the lower-level staff comes from the slums and thus these delays and cutting down on staff will directly affect them,” said Pandit.

No hugs and handshakes at film sets

Experts believe that long list of guidelines that include no hugging and kissing, no handshakes, ban on sharing of cigarettes, sanitization before entering into the studio or in the sets, arranging bathing places, portable chairs instead of benches, shoe covers, home-cooked food only will change the shooting and film making in the post-COVID-19 world.

The guidelines have also asked the film producers to seek permission for the resumption of shooting from the managing director of the Maharashtra Film, Theatre and Cultural, Development Corporation.

To observe social distancing, the guidelines have also asked filmmakers to ensure a maximum of 50 people on a set, both actors and shooting staff.

Speaking to Anadolu Agency, Taran Adarsh, film critic, and trade analyst said there will be a sea change in the film shooting in the post-COVID-19 world.

“Producers will have to take a call on the importance of a scene. For instance, an action scene, which requires a lot of people and brings higher earnings, may have to be removed thus directly affecting the revenues,” he said.

He also said that the resumption of shooting will also depend on the willingness of the actors. “If actors are unwilling to come out during the COVID-19 situation, the films may never resume,” he added.

India’s commercial capital Mumbai — the hub of the film industry – is also the provincial capital of the western state of Maharashtra, worst hit by the pandemic.

The state has so far reported 67,655 COVID-19 cases with 2,286 deaths. According to the US-based Johns Hopkins Coronavirus Resource Centre, India is now ranked seventh worst-hit country with 190,791 cases and 5,408 deaths.

Pandit stressed that with all the sanitization-related preparations, it may take another two weeks for the resumption of the shootings.