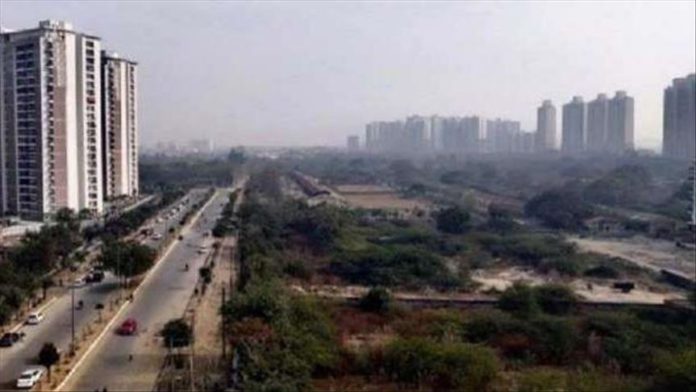 As India reels from the impact of hundreds of thousands of people committing suicide every year, experts urged the government to implement a multi-sector suicide prevention plan.

“We need a multi-sectoral suicide prevention strategy, and governments then need to implement this strategy,” said Dr. Soumitra Pathare, director of the India’s Centre for Mental Health Law and Policy.

“Suicide prevention strategy needs to involve all the sectors including health, education, and social welfare. It’s not just limited to health services. Thus, the government needs to focus on all related areas,” he added.

Speaking to Anadolu Agency ahead of World Suicide Prevention Day this Thursday, Sept. 10, Pathare warned that in the absence of such a strategy India will end up “with knee-jerk solutions in response to specific instances of suicides/clusters of suicides,” underlining the high annual suicide rate in the South Asian nation of around 1.3 billion.

In 2019, a total of 139,123 Indians committed suicide, according to the country’s National Crime Reports Bureau. The rate is high among young people, as 48,774 of total suicides are committed by Indians age 18 to 30. Over 40,000 farmers and unemployed people also killed themselves last year, according to government data.

At least 28 Indian students committed suicide each day in 2019 for a total of 10,335, according to data compiled by the National Crime Reports Bureau.

Pathare, director of the Centre for Mental Health Law and Policy, revealed that at least 75,000 students died by suicide over 10 years between 2007 and 2016, and the suicide rate rose 52% in this decade.

“Suicides are complex multi-dimensional events, so it is difficult to pinpoint one particular reason for such events. However, we do know that proximal factors like examination stress and their results do play a role,” said Pathare, who has also contributed to drafting the mental health policy of the World Health Organization.

He added that in India, suicide is the number one cause of death among women age 15 to 39 (20%) ahead of maternal mortality and the number two cause for young men of the same ages.

Some Indian states like Gujarat, Kerala, and Chattisgarh have a suicide prevention strategy, but it has not been implemented. In many instances, the implementation of suicide prevention strategies does not necessarily cost money – for example, an example of policy change in the southern state of Tamil Nadu did not cost the government a lot of money but saved many lives, he added.

Pathare cited an example from a school in Tamil Nadu where the introduction of a supplementary exam after public examinations reduced the number of student suicides by 40% over time.

“By adding a supplementary exam, the students who failed did not have to agonize over falling behind. Also, the implementation of such actions for suicide prevention does not necessarily cost money but saves many lives; for example, exam suicides were reduced from 45 per year to just nine per year after the supplementary exam was introduced,” he underlined.

Leading causes of suicide among young

Other than exam stress, experts pointed out that with the increase in internet addiction and social media usage, suicide rates have risen exponentially in the last few years.

Nelson Vinod Moses, founder of the Suicide Prevention India Foundation – an organization that gives suicide gatekeeper training – revealed that with the rise of social media and mobile phone usage, there has been a global phenomenon of a rise in suicides among the younger population.

He said teh democratization of the world which is digitally connected but socially isolated has led to bigger aspirations, and the disappointment in these aspirations leads to extreme steps.

“In India, especially, we are dealing with a generation that is awake, thus causing a huge cultural gap between them and their elders. This often leads to younger people becoming internet or social media addicts, as this virtual world is more relatable and less distressing,” Moses told Anadolu Agency.

According to the Indian Journal of Psychiatric Nursing, the addiction problem in India is real, and some one-quarter of adolescents have problematic internet use or internet addiction disorder.

Moses also pointed to a 2017 research paper in the Clinical Psychological Science journal which found a direct correlation between increased suicide attempts and increased screen time.

The UN top health body describes suicide as a serious public health problem which is preventable with timely, evidence-based, and often low-cost interventions.

Most experts, however, indicate that the country lacks a national policy in suicide prevention.

Supreme Court advocate and mental health activist Gaurav Kumar Bansal has filed public interest litigation at the court, citing the need for an effective national policy for the prevention and reduction of suicides, and sought a direction to all states to start prevention projects.

“Despite almost a year, most states have failed to provide data on designing and implementation of a suicide public health program, thus violating the mental healthcare act. This is a long fight,” Bansal told Anadolu Agency.

“In the absence of such a strategy, we end up with knee-jerk solutions in response to specific instances of suicides/clusters of suicides,” he underlined.

“Most people who are vulnerable consciously or unconsciously share verbal or written hints in times of extreme distress. Thus, training and risk assessment programs can reduce attempts to commit suicide,” said Moses.

The experts agreed that safety planning can be done by every individual, and anyone with an interest and some training in it can assist others. They said safety planning should be incorporated in all general suicide prevention programs.

They also debunked the myth that suicides happen without warning.