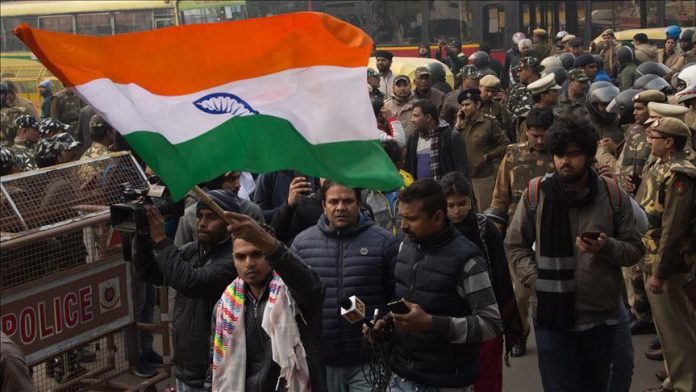 India on has expelled a 24-year-old German student on Tuesday after he had joined protests against a new citizenship law, believed to be discriminatory against Muslims.

In photos circulated by Indian media, student Jakob Lindenthal was shown holding a placard equating the Indian government’s practices with those of Nazi Germany. It read: “1933 to 1945 — we have been there.”

Confirming that Lindenthal was told to leave the country, an Indian government official told media that German student — enrolled in the Indian Institute of Technology in the southern city of Chennai — had violated student visa conditions.