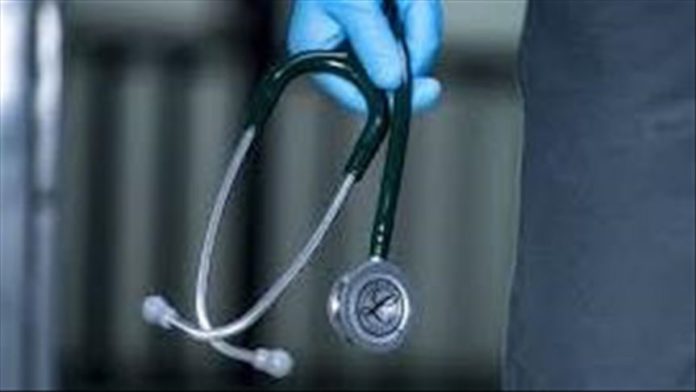 Doctors and medical workers at the state-run Hindu Rao Hospital in the capital New Delhi launched an online campaign last week, saying they had not been paid for over 100 days.

With close to 6.7 million cases and over 103,500 deaths, India is the second worst-hit country in the world and its medical infrastructure is under pressure at the moment.

“We have not received our salaries since June. We are working long hours in extremely stressful conditions that are taking a toll on our own mental and physical well-being,” Dr. Abhimanyu Sardana, the president of the Resident Doctors Association at the hospital, told Anadolu Agency.

“Payment of salaries is our basic right and these delays cannot continue.”

He confirmed that at least 800 of the 1,500 workers at the hospital have gone on indefinite strike.

Their cause has garnered support from colleagues at India’s premier hospital, the All India Institute of Medical Sciences (AIIMS).

The Resident Doctors Association of AIIMS sent a letter to the state’s chief minister and the country’s health minister condemning the situation at Hindu Rao Hospital.

“It is a matter of shame and disappointment that these warriors are even deprived of their basic salary and being forced to work under such extreme stressful times without any payment for the last 3.5 months. Their sacrifices are being extremely demeaned to no value,” read the letter.

Owing to similar concerns, nurses and doctors at some other COVID-19 hospitals in Delhi have also announced strikes in the coming days.

Late last week, almost 5,000 government doctors in the southern state of Karnataka went on strike to demand an improved pay structure from the central government.

However, in response, the state’s chief secretary passed an order this past Sunday “prohibiting strikes, non-cooperation, disobeying or refusal of work related to health services, non-submission of reports, non-compliance to the orders issued by higher authorities,” local media reported.

With such protests being a recurring issue since the outbreak started in India, the country’s top court asked the government in June to take measures, warning of the dangers of having “dissatisfied soldiers in the war against the pandemic.”