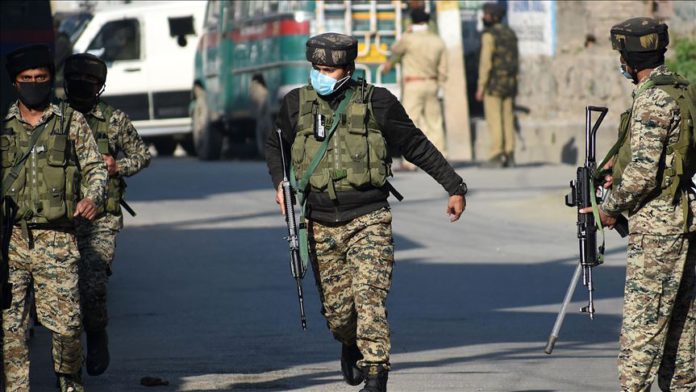 The move came ahead of the annual Martyrs Day in Kashmir which honors the memory of 22 Kashmiri Muslims killed by a Hindu ruler on July 13, 1931.

This year, the day was dropped from the list of official holidays by the regional administration after it came under the direct rule of the Indian government following the abrogation of the region’s special autonomous status last year.

Singh said Sehrai and roughly a dozen members of Jamaat-e-Islami were detained and were likely to be booked under the Public Safety Act, which allows for detainees to be held for up to two years without trial.

Sehrai, 76, is the present chairperson of the pro-Pakistan Tehreek-Hurriyat party in Kashmir and has been tipped to be the new leader of the Hurriyat Conference, a conglomerate of 26 pro-freedom parties in the disputed region, after lifetime chairman Syed Ali Shah Geelani resigned last month.

Members of Sehrai’s family told Anadolu Agency that they were taken by surprise at the early-morning arrival of police at 5.30 a.m. local time (0000GMT).

“Abba [father] was reading the Quran at that time when the police party arrived at our residence at Baghat, Barzulla, Srinagar,” the son-in-law of the leader, Younis Rather said.

He recounted that a local police officer in the region’s capital, Srinagar, took Sehrai away without providing any details about his detention and only said he was following orders from higher officials.

“When we went to the Sadder police station, they asked us to bring medicine and clothes for Abba and did not give any further details. Later in the afternoon, the police called us on phone and told us he had been booked under the Public Safety Act and was likely to be shifted to Udhampur Jail,” Rather said.

He added that the police had yet to provide the family with official documents on the charges under which Sehrai had been booked.

However, police sources told Anadolu Agency he had been detained to thwart “unlawful” activities by separatist groups.

On May 19, Sehrai’s son, Junaid Sehrai — a commander of the rebel Hizbul Mujahideen group — was killed in an encounter with security forces in Srinagar along with another member of the group in the gun battle that also led to the destruction of 14 residential houses.

Turkey: Marmara region rainfall fell by half in Dec.