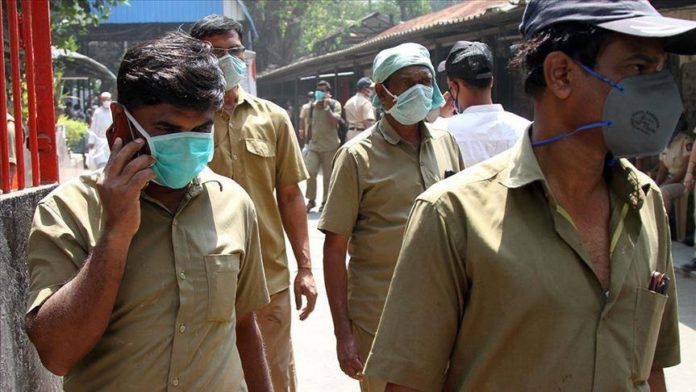 Indian police on Thursday detained dozens of workers and leaders of the main opposition party as they marched in the national capital New Delhi to protests against the three newly enacted farm laws.

The members and supporters of the Indian National Congress party, along with several leaders, were trying to march towards the presidential residence.

The police, however, detained over 60 people, including the party leader Priyanka Gandhi.

The protestors were detained for violating the coronavirus pandemic measures, and also due to imposition of Section 144 of Criminal Procedure Code in the area, the Delhi Police said in a statement, adding that 58 men and six women were detained along with several leaders. Police said they were released later.

Three new agriculture laws passed in the parliament have triggered an agitation, with thousands of protesting farmers camping at the New Delhi outskirts for nearly a month now, trying to get their voice heard by Prime Minister Narendra Modi.

The deadlock over the agitation has failed to end as farmers are demanding nothing less than the laws’ rollback.

‘There is no democracy in India’

Asked about the police disallowing the party march, Gandhi later told media people that “there is no democracy in India. It (democracy) can be in your imagination, but not in reality.”

The top opposition leader said that whosoever tries to stand against Modi is called a “terrorist”.

Bhagwat is the chief of Rashtriya Swayamsevak Sangh (RSS), a prominent Hindu nationalist organization, which gave birth to the ruling Bharatiya Janata Party.

Meanwhile, a joint statement of 11 opposition parties on Thursday demanded the repeal of agriculture laws.

“We, the undersigned, demand that the present Agri Laws be repealed along with the Electricity (Amendment) Bill 2020. Following this, discussions on agrarian reforms must be held by the Central government with the farmers and all stakeholders,” the statement said. “On the basis of these consultations, new enactments may be considered by the Parliament, if necessary, by convening a special or a joint session.”

The statement added: “We, the undersigned, register our strong protest against the baseless allegations being made by Prime Minister Modi accusing the opposition parties of ‘repeatedly lying’ to the farmers about the new farm laws and ‘using them for their politics’. The Prime Minister’s accusations are a complete travesty of truth.”

In September, the Indian government announced “three agricultural reforms” for farmers, which the farmers and experts believe will further exploit them and threaten the food security of the country.

The new reforms allow large companies to buy products from farmers directly. In India, farmers usually sell their products at local state-registered markets that ensure them a minimum support price, which protects them from price shocks in case of a bad crop year.

Farmers believe that in the absence of state regulators big corporations will exploit them. The new laws also include the promotion of contract farming and lifting the ban on the storage of potatoes, onions, and pulses.

While the Indian government is trying to resolve the matter through talks and so far several rounds of talks have taken place, there has been no progress yet with thousands of farmers camping around New Delhi.