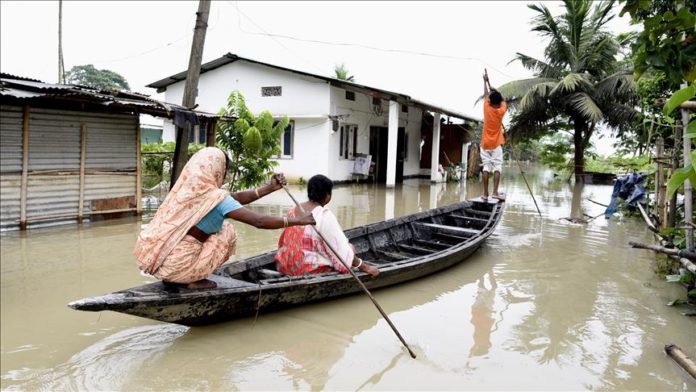 The death toll from the floods in India’s northeastern Assam state rose to 102 with the state reporting fresh deaths, an official said on Sunday.

According to the state’s disaster management authority (SDMA), fresh five deaths were reported on Sunday.

“Earlier the number was 97. The death toll has now reached 102,” Limpi Talukdar, an officer at SDMA, told Anadolu Agency over the phone.

Local daily Hindustan Times reported that as of Sunday 2,265 villages in 23 out of 33 districts of the state were still affected by floods. Over two million people have been affected by the floods so far.

Areas of northeastern India are currently facing floods due to seasonal monsoon rains, with flooding and landslides a common occurrence during the season.

Officials earlier had said 113 wild animals, including 11 one-horned rhinos, died at Kaziranga Park, which is a UNESCO World Heritage site in Assam.

Turkey gives more to UN budget than many in Europe