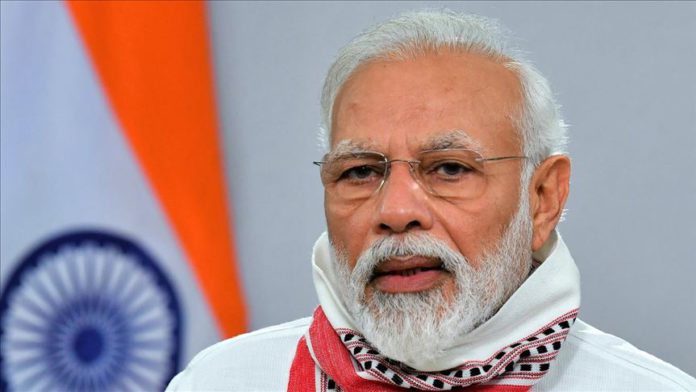 The provincial assembly elections in India’s eastern state of Bihar amid the COVID-19 pandemic will not only test Prime Minister Narendra Modi’s acumen but also the strength of the three major alliances.

The three-phase election process, which began on Wednesday will end on Nov. 7. The result will be declared on Nov. 10.

In the last provincial election in 2015, the Janata Dal (United) had contested as part of the Grand Secular Alliance, but in 2017, it switched sides by joining the NDA.

In Bihar, Muslims count 16.9%, of the 90 million total population of the province, according to census records. The Yadav and Muslim voters in the province are believed to be the traditional supporters of the Rashtriya Janata Dal (RJD).

Speaking to Anadolu Agency, Asaduddin Owaisi said he had to take a plunge in the elections, as people in Bihar have suffered under the misrule of both the main alliances.

“They [people] are looking for a better option. UDSA is an alliance of secular forces and will fulfill the aspirations of the people of the state,” he said.

Still a long road for Owaisi

Although Owaisi is trying to become the face of Muslims in India, analysts say it is still a long way for him to go. His alliance is projecting Upendra Kushwaha, a backward Hindu leader as the chief ministerial candidate.

Lalu Yadav and his family, who belong to the Yadav community, ruled in Bihar for 15 years. The incumbent Chief Minister Nitish Kumar, who belongs to the Kurmi community, has been also ruling the province over the past 15 years.

“We’ll get a platform when the leaders of our party and alliance will win the election and our journey will start from there. We’re experimenting in Bihar and we’ve decided that Kushwaha will be our CM,” said Owaisi.

The Muslim vote is likely to be decisive in 15-17 seats in the northeastern part called the Seemanchal region. In other regions also in many seats, the Muslim vote can turn the fortunes of candidates.

Over the years, Muslims have largely backed Lalu Yadav as their leader. Political analysts say, that Owaisi was trying to break the Muslim-Yadav equation to establish his party and the alliance in the state. Last elections he had fielded six candidates and all of them failed to win.

Political experts believe that due to Owaisi’s aggressive campaigning, there is a possibility of a split of Yadav and Muslim votes to the disadvantage of the RJD and Congress.

According to D.M. Diwakar, former director of Patna-based Sinha Institute of Social Studies, the Muslim electorate will try to vote to stop the BJP-led NDA from returning to power.

“Even though Owaisi’s candidate won the by-election, his party failed miserably in the Lok Sabha (national) and Assembly elections. In Bihar, the minority vote is mobilized as anti-BJP,” he told Anadolu Agency.

“For Muslims, there is no leader bigger than Lalu. Nitish Kumar did not oppose the contentious Citizenship Amendment Act (CAA), widely seen as discriminatory against Muslims. Lalu Yadav is still the most popular anti-BJP leader. In such a situation, why will the votes of the minorities go with Owaisi?” he asked.