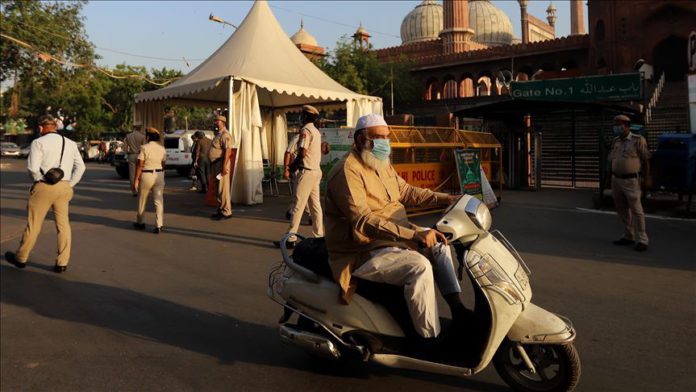 India on Wednesday recorded a new single-day record of 78,357 novel coronavirus cases and 1,045 deaths in the last 24 hours.

Data from the Health Ministry showed that the fresh cases took the national total past the 3.7 million mark, including 66,333 deaths.

The country of over 1.3 billion population announced on Tuesday that more than a million tests had been administered in a single day, with total tests at 43.3 million and 12.3 million conducted in the last two weeks alone.

Some 54% of infections were of patients between 18 and 44 years of age, while patients 60 years or older accounting for 51% of deaths.

Tests per million of the population have also surged to 31,394 as the cases continue to rise.

“The states contributing maximum to the overall number of tests include Tamil Nadu, Uttar Pradesh, and Maharashtra among others. These three states account for nearly 34% of total testing,” according to a ministry statement.

A survey in the city of Chennai in Tamil Nadu showed that one-fifth of the population has been exposed to the coronavirus, as 12,000 samples have been collected between July 18 and July 28.

India has the third-highest coronavirus caseload in the world after the US and Brazil.

Worldwide, the virus has claimed more than 857,000 lives in 188 countries and regions since emerging in Wuhan, China in December.

Over 25.7 million COVID-19 cases have been reported worldwide, with recoveries over 17 million, according to figures compiled by US-based Johns Hopkins University.