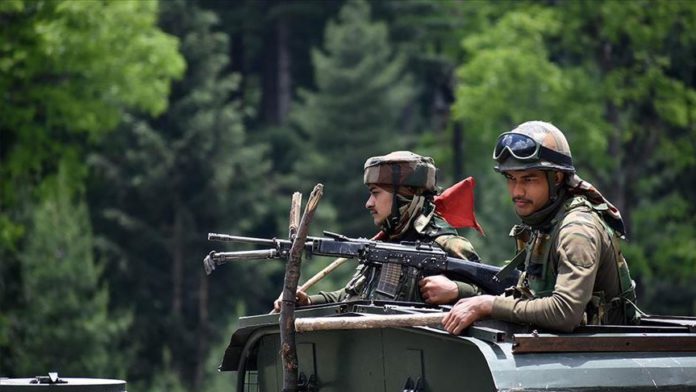 After decades, India and China on Tuesday allegedly opened fire at disputed borders where using arms was prohibited, according to a 1996 agreement between New Delhi and Beijing.

This was the first time since October 1975, when four Indian soldiers were killed at the border by gunfire. In June this year, India lost 20 of its soldiers in a fist fight with Chinese military on the Line of Actual Control (LAC), a de facto border near the Himalayan region of Ladakh.

The statement released on the Chinese military website said the Indian troops illegally trespassed via the southern bank of PangongTso Lake on the western section of the China-India border on Sept. 7.

Terming the move a grave military provocation, Zhang said: “The flagrant act grossly violated the agreements previously reached between the two sides, and further escalated regional tensions, which can easily lead to misunderstandings and misjudgments.

“We demand the Indian side to immediately stop dangerous actions, withdraw cross-line troops right away, strictly restrain its frontline troops, earnestly investigate and punish the personnel who fired shots, and guarantee against the occurrence of similar incidents,” Zhang urged.

However, New Delhi denied the accusation and said at no stage has the Indian Army transgressed across the LAC or resorted to use of any aggressive means, including firing.

“China continues to undertake provocative activities to escalate,” said the Indian Defense Ministry in a statement.

“India is committed to disengagement and de-escalating the situation on the LAC,” said the Indian ministry and added: “It is the PLA [People’s Liberation Army of China] that has been blatantly violating agreements and carrying out aggressive manoeuvres, while engagement at military, diplomatic and political level is in progress.”

The latest move at the border came despite several agreements between the two nations that prohibit using of arms along the disputed line.

In 1993, New Delhi and Beijing agreed that neither side “shall use or threaten to use force against the other by any means”. “No activities of either side shall overstep the line of actual control,” read the agreement.

Another agreement between India and China said: “Neither side shall open fire, cause bio-degradation, use hazardous chemicals, conduct blast operations or hunt with guns or explosives within two kilometers from the line of actual control.”

However, the recent developments on the borders suggest both sides are flexing their muscles putting the agreements aside.

Tuesday’s development came in the region just three days after a meeting between Chinese and Indian defense ministers in the Russian capital Moscow to ease border tensions.

The meeting on Friday was the first direct high-level meeting between two heavyweights in Asia since a border clash in June.

Both countries confront each other along the facto borderline between the two nations in the Ladakh region of the disputed Jammu and Kashmir region, where 20 Indian soldiers were killed this June. Since then a series of meetings has been conducted between the two countries, but without success.