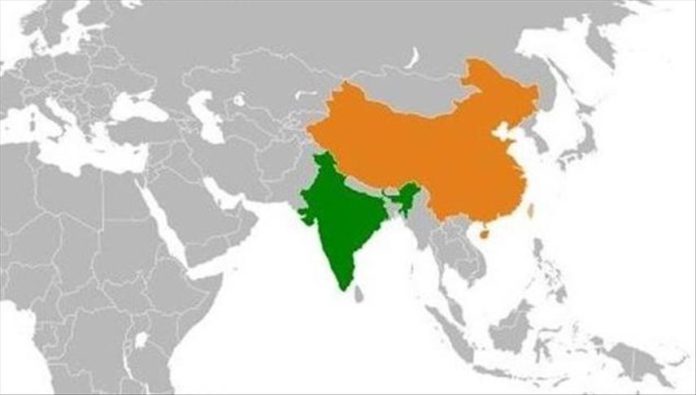 India and China on Monday held a corps commander-level meeting at Moldo, the high-altitude Himalayan region of Ladakh, to discuss the ongoing dispute in the region, army sources confirmed.

This was the second corps commander meeting since June 6 to resolve the current situation at the Line of Actual Control (LAC), the de facto border of India and China in the disputed region.

According to the local media NDTV, in today’s talks, the generals resumed discussions on the disengagement process, which was stalled last week by the worst-ever border confrontation between the Indian and Chinese armies since 1975.

In his daily press briefing on Monday, Chinese Foreign Ministry spokesperson Zhao Lijian said: “China and India are in communication with each other to resolve the situation on the ground through diplomatic and military channels. I have no information to release on that.”

Zhao’s comment was in response to a query on Indian Minister V K Singh’s statement on Sunday in which he said China could have lost double the number of soldiers India lost in the violent clash.

A Chinese commanding officer was killed in the June 15 clash in Ladakh, China’s army confirmed during military talks with India at Galwan, according to local media. This is the first admission from China of any casualty in a week since the clash.

On Monday, the Indian army also allowed the holding corps to use firearms at the LAC in “extraordinary circumstances”.

“There was never an explicit embargo on use of firearms in self-defense, but we have reiterated to the field commanders to take decision regarding use of weapons if the need arises in case of provocation and operational contingency,” army sources told Anadolu Agency.

Under Article VI of 1996 and Article VIII of the 2013 agreements between the two countries, neither side shall use force against the other.

“In case the personnel of one side cross the Line of Actual Control, upon being cautioned by the other side, they shall immediately pull back to their own side of the line,” according to the agreements.

Army experts told Anadolu Agency that this is a good step from the government as it is a constitutional right to self-defense.

“There is no change in the rules as such. Our side will only react to provocations and in case of extraordinary circumstances,” Lt. Gen. Vinod Bhatia, the former Indian Director General of the Military Operations, said.

At least 20 Indian soldiers were killed in violent clashes that followed.

The incident on June 15 night occurred at a time when, according to the Indian army, the de-escalation process was underway in the valley.

The violent confrontation was the first time since 1975 that China and India have engaged in a military clash along the LAC, which is situated at an altitude of over 16,000 feet and is 3,488 kilometers (2,167 miles) long, according to Indian officials.