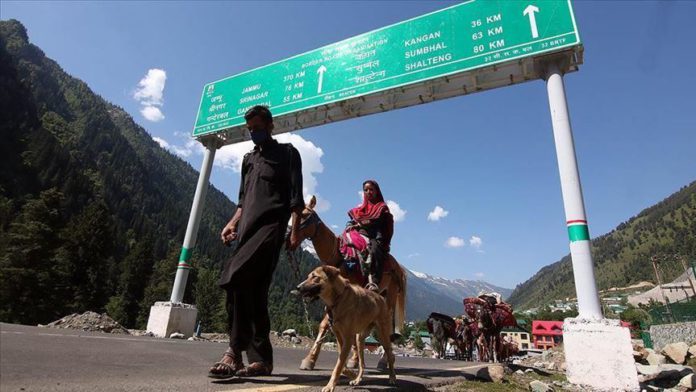 India and China agreed to quickly disengage their troops at the disputed border amid months-long ongoing faceoff, a joint statement said early Friday.

Top diplomats of New Delhi and Beijing agreed at a meeting in the Russian capital Moscow on Thursday that the border troops of both sides “should continue their dialogue, quickly disengage, maintain proper distance and ease tensions,” said the statement released by the Indian Foreign Ministry.

The Asian giants are witnessing a heightened faceoff along the Line of Actual Control (LAC), a de facto border near the Himalayan region of Ladakh in the disputed Jammu and Kashmir, where 20 Indian soldiers were killed in June.

Since then, a series of meetings has been conducted between the two countries but without success. Both countries, however, this week accused each other of opening fire on the disputed border, the first time after four decades.

Thursday’s agreement was reached during a meeting between Indian Foreign Minister Subrahmanyam Jaishankar and his Chinese counterpart Wang Yi on the sidelines of the Shanghai Cooperation Organization’s Defense Ministers’ Meeting in Moscow.

“The two foreign ministers agreed that the current situation in the border areas is not in the interest of either side,” the statement said, while listing the five points they agreed on.

The two ministers “agreed that both sides should take guidance from the series of consensus of the leaders on developing India-China relations, including not allowing differences to become disputes,” the statement said, adding it was also agreed in the meeting that “both sides shall abide by all the existing agreements and protocol on China-India boundary affairs, maintain peace and tranquility in the border areas and avoid any action that could escalate matters.”

The joint statement noted that the two sides also agreed to continue to have dialogue and communication through a special representative mechanism on the India-China boundary question.

Thursday’s meeting was the latest of a series of meetings between the two countries’ top military and political representatives.

The statement also said the two ministers, in their “frank and constructive discussion”, agreed that as the situation eases, “the two sides should expedite work to conclude new confidence building measures to maintain and enhance peace and tranquility in the border areas.”