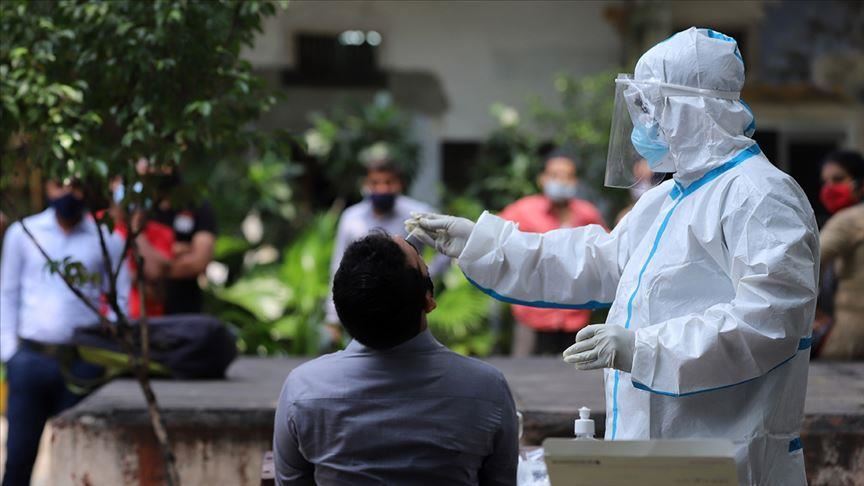 An update released by the New Delhi government on Wednesday night showed that it recorded 8,593 new cases — the highest for an Indian city.

New Delhi has been witnessing a surge in new cases for the last many days, forcing authorities to take additional steps, including banning Chhath Puja — Hindu festival — at public places.

Local media reported that New Delhi High Court Wednesday rebuked the local government over the spread of coronavirus in the national capital.

“Observing that a city is now witnessing a bigger daily spike than states like Maharashtra and Kerala, the court asked if the government has any concrete plan to control the situation.

“The court said while other states are imposing restrictions, the Delhi government is relaxing all norms,” local broadcaster NDTV reported.

Covishield, developed jointly by the British drug manufacturer AstraZeneca and Oxford University, is going currently under trails in India.

“At present, SII and ICMR are conducting Phase 2/3 clinical trial of COVISHIELD at 15 different centres, across the country. It has completed the enrolment of all 1,600 participants on 31 Oct 2020,” said a statement by the Serum Institute on Thursday.

Country’s Health Ministry in an update released Thursday morning said 47,905 new cases were recorded in the last 24 hours, taking the total cases to 8.63 million. Another 550 deaths pushed the death toll to 128,121.

India, the second worst-hit country in the world in terms of total cases, has 489,294 active cases while the number of people who have recovered is over 8 million now.