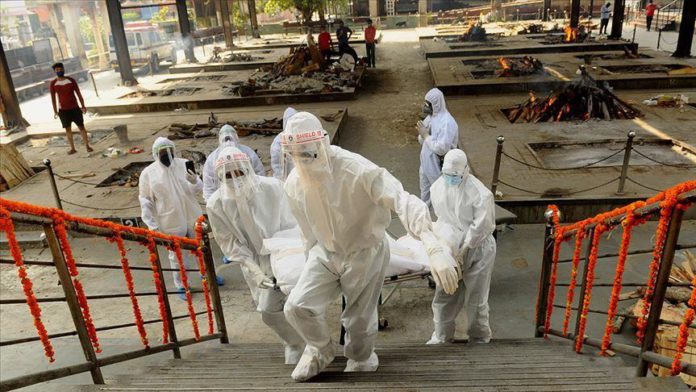 India reported its highest spike in coronavirus cases on Friday, with 17,296 infections pushing the country’s overall count towards the half-million mark.

The surge in infections has led the government to halt all commercial passenger trains and cancel exams for around 5 million students.

New cases also peaked in the western state of Maharashtra, with a record high of 4,841 raising the total to 147,741.

Infections are also on the rise in the capital New Delhi, reaching 73,780 on Friday.

With testing doubled, an average of 3,327 cases have been recorded in the city every day over the past week.

In view of the surge in cases, the government has withdrawn an order requiring every COVID-19 patient in Delhi to visit a state-run medical facility for assessment.

Medical teams will now visit patients at their residences to determine whether they need to be hospitalized.

High school exams were called off across India on Friday, after the Supreme Court approved a plan proposed by the Central Board of Secondary Education.

The decision affects close to 5 million students – 3 million in 12th grade and another 1.8 million in 10th grade – who were scheduled to take exams starting July 1.

The board will now prepare results on the basis of previous tests and announce them by mid-July.

Students in 12th grade, however, will also have the option to take their exams once the situation improves.

The cancellation of school exams is the latest indicator of India’s worsening COVID-19 crisis, coming just a day after the country halted commercial rail transport.

No regular passenger trains will operate from July 1 until at least Aug. 12, Indian Railways announced on Thursday.

The authority said all tickets will be refunded. It also clarified that the special trains announced started by the government in May and June will remain operational.