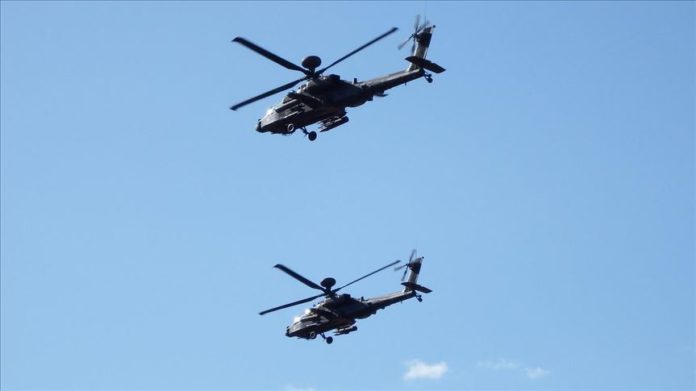 On Friday, Boeing India confirmed that the final five of the 22 Apache attack helicopters and 15 Chinook choppers have been handed over to the Indian Air Force.

“Boeing has completed delivery of all new AH-64E Apache and CH-47F(I) Chinook military helicopters to the Indian Air Force (IAF). The final five of the 22 Apache attack helicopters were handed over to the IAF at Air Force Station, Hindan,” confirmed a read-out by Boeing India.

Earlier in March, Boeing handed over the last five of 15 CH-47F(I) Chinook heavy-lift helicopters to the IAF.

India is one of the 17 nations to select the Apache and has the most advanced variant, the AH-64E Apache, also flown by the US and many other countries.

The AH-64E Apache is designed and equipped with an open systems architecture, including the latest communications, navigation, sensor, and weapon systems, the statement added.

“We can confirm that we have received the remaining five Apache attack helicopters from Boeing,” confirmed spokesperson for the Indian Air Force.

The Indian Defense Ministry finalized its order with Boeing for the production, training, and support of 22 AH-64E Apache and 15 CH-47F(I) Chinook helicopters in September 2015.

Earlier this year, India and the US signed a contract for the acquisition of six Apaches for the Indian Army during US President Donald Trump’s visit to New Delhi.

Both helicopters played a vital role in India’s preparedness along the Line of Actual Control (LAC) amid recent tensions with China, according to local Swarajya Magazine.

“The IAF had pressed its deadly attack of Apaches into patrolling duty near the LAC along with premier jets like Sukho Su-30 MKIs and MiG-29s. The Chinook workhorses on the other hand were instrumental in transporting personnel and defense equipment towards the LAC,” it said.