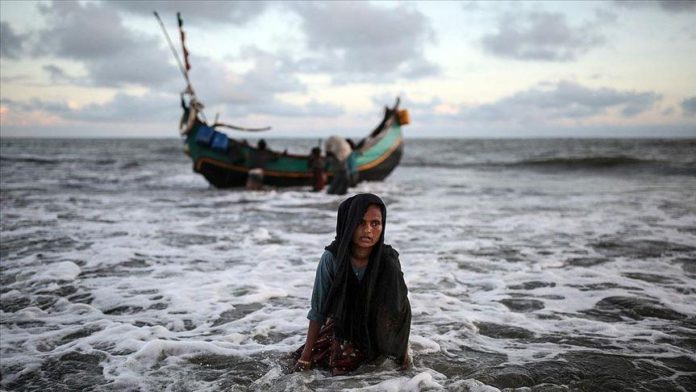 India and Bangladesh are in talks for the rescue and return of Rohingya refugees stranded in the Andaman Sea for weeks, the Indian External Ministry said.

“We are in discussions with the Government of Bangladesh to ensure their [stranded Rohingya’s] safe and secure repatriation,” Anurag Srivastava, the ministry spokesman, said at a virtual media briefing on Thursday evening.

He said a boat carrying 90 Rohingya refugees, including 64 women and 26 men, sailed on Feb. 11 from Cox’s Bazar in Bangladesh and its engine failed on Feb. 15.

“Since then, it has been drifting. Due to the severe conditions, we understand that eight occupants have died and one of the occupants had been missing since February 15,” said Srivastava.

According to the ministry, India sent two coast guard ships after hearing news about the boat in distress.

“We immediately dispatched two coast guard ships to provide food, water, and medical assistance to the occupants. Seven of them were also administered IV [intravenous] fluids,” the spokesman said.

He further noted that 47 of the occupants of the boat are in possession of identity cards issued to them by the UNHCR in Bangladesh.

On Tuesday, Fortify Rights, an international rights watchdog, said the boat was floating after its engine failed when crossing the Andaman Sea.

The Andaman Sea lies southeast of the Bay of Bengal, south of Myanmar, west of Thailand, and east of India’s Andaman, and the Nicobar Islands.

In a statement on Wednesday, the Office of the UN High Commission for Refugees urged countries surrounding the Andaman Sea to come forward to rescue the stranded Rohingya people.​​​​​​​