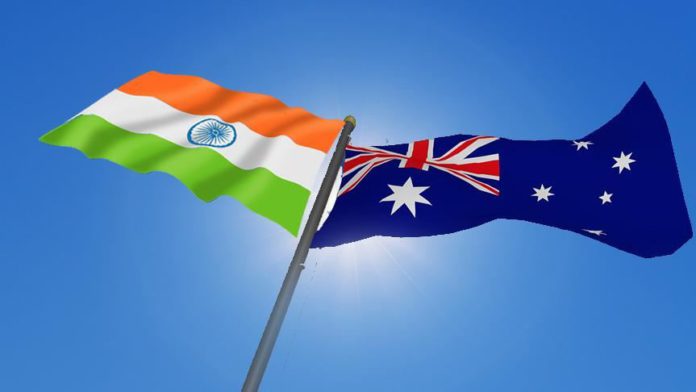 India and Australia signed a raft of agreements on Thursday, including a landmark deal granting both sides access to each other’s military bases, a move sure to be noticed by China.

The summit came in the backdrop of New Delhi and Canberra’s heightened tensions with Beijing, with the former engaged in a direct military dispute and the latter at the forefront of a probe into COVID-19’s purported Chinese origins.

The most significant agreement in this context is the Mutual Logistics Support Agreement, which allows the Indian and Australian militaries to use each other’s bases for repairs, refueling, and replenishment of supplies.

The other six pacts are related to cooperation in cyber-enabled critical technology, military technology, water resources management, and mining and minerals.

India has already signed similar agreements with the US, France, and Singapore.

“With a Comprehensive Strategic Partnership between India and Australia, we aspire to achieve yet new heights in our collaboration. The world needs a coordinated and collaborative approach to overcome the economic and social side effects of this pandemic,” Modi said in his address.

He said the newfound model of India-Australia partnership will be beneficial for the entire Indo-Pacific region, underlining that the two countries are “vibrant democracies” that enjoy strong relations.

“Our government has decided to view this crisis as an opportunity,” said Modi.

The Australian premier, who was due in India in January but was forced to cancel the trip because of the bushfires, said he was “delighted” to take Australia and India’s partnership “to a new level.”

“Mutual trust, shared values, and common interests provide a strong foundation to working together even more closely,” Morrison tweeted after the summit.

A reaction from China can be expected in the near future, particularly since it has ongoing disputes with both countries.

For over a month, India has been engaged in a standoff with China at the Line of Actual Control in the disputed Himalayan region of Jammu and Kashmir.

With tensions escalating since border skirmishes started on May 5, top Chinese and Indian generals are due to meet for high-level military talks on Saturday.

Australia, which has led calls for an international review into the origin and spread of the novel coronavirus, is also facing a trade row with China, according to local media reports.

India has also joined the ongoing global probe into China’s role in the spread of the virus, which has infected over 6.64 million and killed more than 391,000 people around the world.