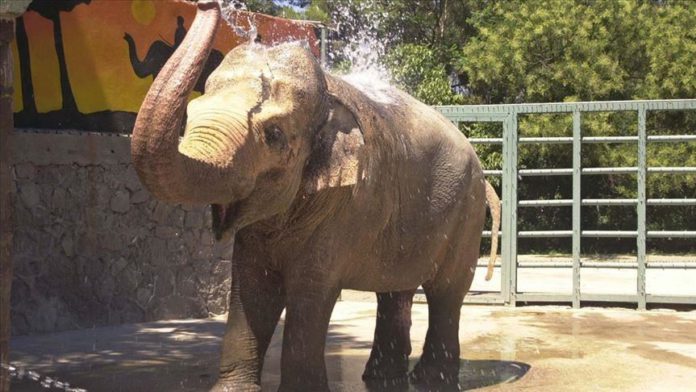 India’s forest officials on Friday arrested one person for feeding a pregnant elephant a pineapple filled with firecracker.

The elephant died on May 27 in Palakkad district of the southern state of Kerala after suffering an injury in the mouth.

Forest officials confirmed she died by the riverside.

Videos of her moaning in excruciating pain went viral on social media triggering condemnation of people from all walks of life. The #PunishElephantKillers trended on social media and hundreds of petitions were filed on websites.

Over 927 petitions involving 1.3 million people worldwide have been filed on Change.org demanding strict action against the perpetrators, local media reported.

In a tweet the Kerala Forest Department said: “[…] Forest Dept will leave no stone unturned to ensure maximum punishment to the offenders.”

She suggested that the government should work toward a mechanism to incentivize crop loss and provide a proper distribution and market support to the farmers.

“This is not an isolated incident. In 2018, a similar incident of firecrackers in fruit had occurred in Odisha. Farmers use crackers and poisoned foods to kill animals who spoil the crop, we should focus on dealing this issue for the farmer,” said Sinha.

According to official figures presented by the Central government in the parliament, 373 elephants died of unnatural causes, such as electrocution and poaching between 2015-2018.

In a tweet for the World Environment Day being marked, Prime Minister Narendra Modi on Friday asked people to help maintain the country’s rich diversity.

“On World Environment Day, we reiterate our pledge to preserve our planet’s rich biodiversity. Let us collectively do whatever possible to ensure the flora and fauna with whom we share the Earth thrive. May we leave an even better planet for the coming generations,” tweeted Modi.