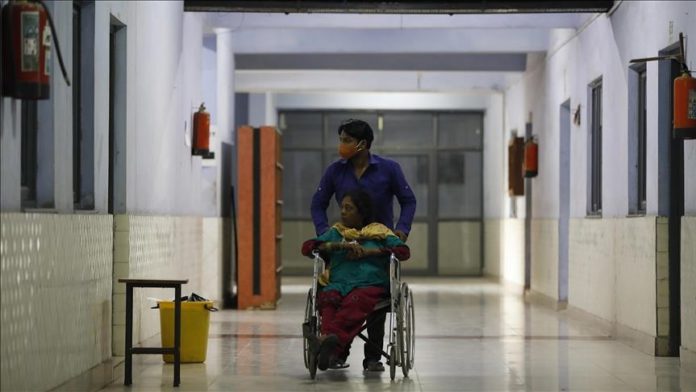 India approved a 23,000 billion rupees ($3.2 billion) relief package to combat issues related to the coronavirus pandemic that occurred during a second wave, according to a statement Thursday.

The package “will be used by the Union and state governments to boost emergency health infrastructure,” newly appointed Health Minister Mansukh Mandaviya.

The package was announced one day after Prime Minister Narendra Modi reshuffled the cabinet following the resignation of 12 ministers, including health, IT, and oil, as the country battered by COVID-19.

Vardhan was believed to have been dismissed because of mismanagement during the second wave.

The government faced tough questions for the grim situation during April and May, as it was blamed for failing to manage the pandemic.

India struggled with the deadly second wave that severely strained its health system, leading to shortages of oxygen supplies at hospitals as well as beds and coronavirus treatment drugs such as Remdesivir.

“Resignation by the health minister proves that the government has accepted the fact that they had failed to manage the situation during the second wave of the pandemic,” Amulya Nidhi, national co-convener of Jan Swasthya Abhiyan, or Public Health Campaign, told Anadolu Agency.

“Harsh Vardhan was the government representative as the health minister so seeking his resignation means he failed to perform his duties,” said Nidhi.

When the situation was out of control, Vardhan blamed Indians for the spread of the virus.

Modi was also criticized as Indians died in the absence of beds and oxygen at hospitals.

Prasad was engaged in a bitter row with Twitter about new Information Technology rules introduced by the government.

Forty-three new ministers were sworn in on Wednesday with the president administering the oath of office and secrecy to members of the Council of Ministers at a ceremony in the President’s house.