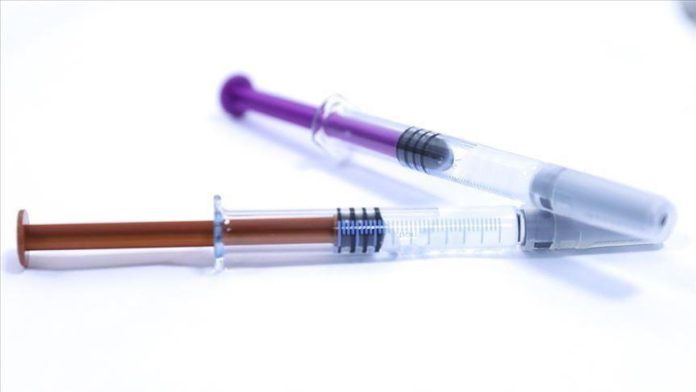 India’s drug regulatory authority approved on Sunday two coronavirus vaccines for “restricted use in an emergency situation,” a day after an expert panel made recommendations to the regulatory body.

Addressing a news conference in the capital New Delhi, Dr. Venugopal G Somani, the drugs controller general of India, announced that they have accepted the expert committee’s recommendations, and have given the nod to Covishield and Covaxin vaccines.

The Serum Institute of India is manufacturing the jab developed by AstraZeneca with Oxford University, known as Covishield in India.

Covaxin, meanwhile, is the country’s indigenous vaccine produced by local firm Bharat Biotech, in collaboration with the Indian Council of Medical Research.

“After adequate examination, the Central Drugs Standard Control Organisation has decided to accept the recommendations of the expert committee and accordingly, vaccines by Serum and Bharat Biotech are being approved for restricted use in emergency situation, and permission is being granted to Cadila Healthcare for conducting Phase III clinical trials,” Somani said.

India plans to inoculate 300 million people on a priority list this year, which includes healthcare workers, and armed forces and law enforcement personnel.

In the case of Covishield, the top official said that the “firm submitted safety, immunogenicity and efficacy data generated on 23,745 participants aged 18 years or older from overseas clinical studies.”

“The overall vaccine efficacy was found to be 70.42%,” he said, adding that Serum has been granted permission to conduct Phase-II/III clinical trials on 1,600 participants within the country.

About Covaxin, Somani said, “Phase I and Phase II clinical trials were conducted on approximately 800 subjects and the results have demonstrated that the vaccine is safe and provides a robust immune response.”

“The Phase III efficacy trial was initiated in India on 25,800 volunteers and till date, 22,500 participants have been vaccinated across the country… the vaccine has been found to be safe as per the data available so far,” he said.

The South Asian country, which has a population of 1.3 billion people, held nationwide drills on Saturday to prepare healthcare workers to administer vaccines.

The approval comes at a time when India, which has recorded the second-highest number of infections in the world, is seeing a decline in new cases.

“It would make every Indian proud that the two vaccines that have been given emergency use approval are made in India,” Prime Minister Narendra Modi said on Twitter.

“This shows the eagerness of our scientific community to fulfill the dream of an Aatmanirbhar Bharat [self-reliant], at the root of which is care and compassion.”

The approvals, however, drew criticism as well.

“The Covaxin has not yet had Phase 3 trials. Approval was premature and could be dangerous. @drharshvardhan should please clarify. Its use should be avoided till full trials are over. India can start with the AstraZeneca vaccine in the meantime,” he tweeted.

The All India Drug Action Network has also said that it is shocked to have learnt about the approval for Bharat Biotech’s Covaxin, which is still in “clinical trial mode.” It urged the drug controller general to “reconsider” its decision.

Aviation Minister Hardeep Singh Puri said those criticizing are “unhappy” that the vaccines are made in India.