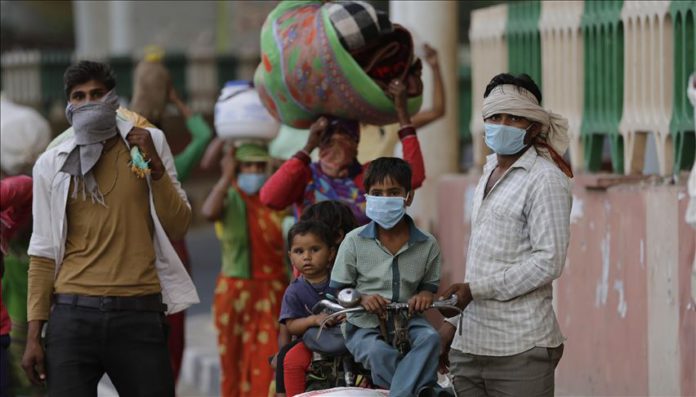 With 165,829 cases and 4,713 deaths, India has surpassed China’s official death count caused by the novel coronavirus.

According to figures compiled by the US-based Johns Hopkins University, the country has reported nearly double the number of cases in China, which are currently at 84,106, and has surpassed its 4,638 coronavirus-related deaths as well.

India is now one place ahead of Turkey, which is the tenth worst-hit country with 160,979 cases and 4,461 deaths, while China stands at 14th. India’s recovery count is the tenth-highest now after the US, Brazil, Germany, Russia, Spain, Italy, Turkey, Iran and China.

The US, Russia, Brazil and several European countries are currently the hardest hit in the world.

The pandemic has killed over 360,000 people worldwide, with more than 5.8 million confirmed cases, while recoveries have surpassed 2.4 million, according to Johns Hopkins University data.

India is now the country worst-hit by the coronavirus in Asia. It has been under nationwide lockdown since March 24. But, despite initially slow spreading, cases have been on the rise since mid-April. The fourth phase of the lockdown will end on May 31.

The number of cases spiked in May due to the movements of domestic migrant workers from urban areas to their homes in villages via special trains and other shared transport, as well as due to the easing of preventative restrictions imposed during the lockdown.

India on Friday reported 7,467 new cases and 175 deaths of COVID-19 over 24 hours — the highest single-day surge so far, according to the Union health ministry.