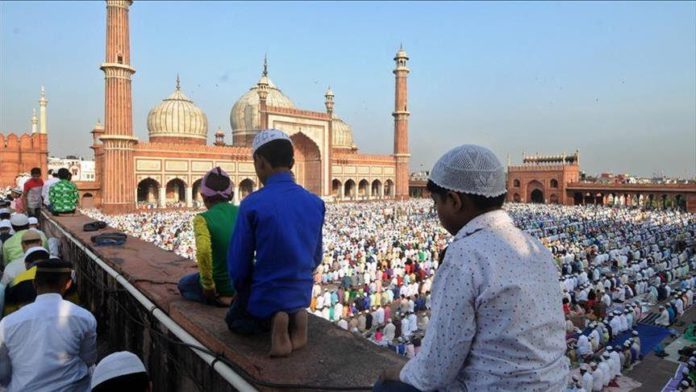 A new design was unveiled for a mosque in the northern Indian city of Ayodhya as part of the settlement of the controversial Babri Mosque case.

Torn down by Hindu hardliners in 1992, the 16th-century mosque in the state of Uttar Pradesh, has rattled India’s communal fabric for decades.

Hindu fundamentalists claimed that the site was the birthplace of one of their gods, Lord Ram and last November, the Supreme Court of India, ruled that a temple can be built at the site.

The court also ordered the allotment of five-acre land to the government controlled Sunni Central Waqf Board to build a new mosque. Subsequently, the board announced the formation of Indo-Islamic Cultural Foundation to execute the construction.

Athar Hussain, secretary of the foundation, told Anadolu Agency on Monday that they plan to lay the stone foundation of the mosque early next year.

“Depending on the necessary approvals, the foundation stone will be laid either on Jan. 26 or Aug. 15. Both these days are very important for every Indian that is why we choose these two dates,” he said. “The design of the mosque and the hospital has been prepared. Designs echoes modern Architecture of mosques around the world.”

Jan. 26 is celebrated as Republic Day in India — the day when India adopted the Constitution. Aug. 15 marks the country’s Independence Day.

Hussain said that along with a mosque, community kitchen, museum and a hospital will come up, to provide state of art facilities, much needed in the nearby area and population.

“The estimate of the multispecialty hospital is around $14million. Around 2,000 people will be able to offer prayers at the same time.”

Indian Prime Minister Narendra Modi on Aug. 5 laid the foundation stone for a “grand” temple at the site. In September, a special court acquitted all the 32 surviving accused in the case, saying the demolition “was not pre-planned.”

The trust has now announced plans to construct a mosque, but some Muslim leaders in India say the decision is not acceptable to the community.

“The trust has been formed by the Sunni Waqf board. The Muslim community has already rejected the proposal and now if the government wants to build any mosque, school, hospital, it is totally their outlook,” Tasleem Rehmani, president of Muslim Political Council of India, told Anadolu Agency.

“It has nothing to do with the community because it had rejected the proposal. Our demand is that the mosque should come up at the same place [where it was earlier].”

He said Muslims have rejected any mosque which is coming up at the compensation of the demolition of Babri Mosque.

Talking to Anadolu Agency, Zafaryab Jilani, secretary of All India Muslim Personal Law Board, said after the Supreme Court’s decision last year, Muslims and Personal Law Board had rejected the five acre plot given to Muslims. “Recently, there was a meeting of the Personal law board in which every member had the same view that constructing a mosque (on alternate 5 acre plot) is not allowed as per Sharia(Islamic laws),” he said.