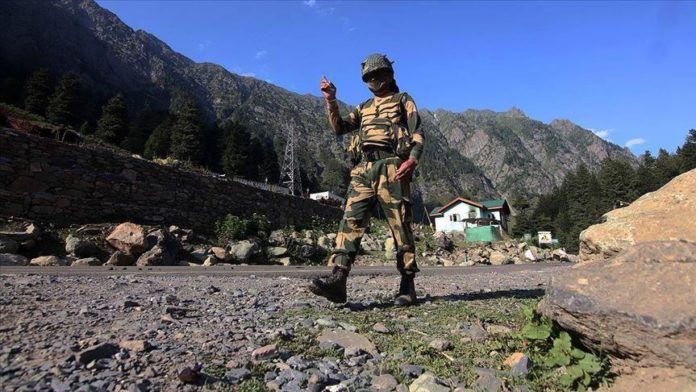 India Thursday officially acknowledged that the Chinese military this May “transgressed” into its territory in border areas of the Himalayan region of Ladakh, where the two sides recently engaged in fatal clashes.

“Chinese aggression has been increasing along the LAC [Line of Actual Control border] and more particularly in Galwan Valley since May 5, 2020,” said the Indian Defense Ministry in a document posted online.

“The Chinese side transgressed into the areas of Kugrang Nala, Gogra and north bank of Pangong Tso Lake on 17-18 May, 2020,” said the document, which contains “major activities of department of defense for the month of June 2020.”

After being posted on the Indian Defense Ministry website, the document was removed shortly thereafter without explanation.

This is the first time the Indian government has officially used words like “transgressed” since May when 20 Indian soldiers were killed in an unarmed clash with the Chinese soldiers along the Ladakh border.

Following the clash, Indian Prime Minister Narendra Modi on June 20 said that “neither is anyone inside our territory nor is any of our post captured.”

Stating that “the present standoff is likely to be prolonged,” the document said “the situation in Eastern Ladakh arising from unilateral aggression by China continues to be sensitive and requires close monitoring and prompt action based on evolving situation.”

According to the ministry, two commander-level meetings have been conducted so far between the two sides, and “engagement and dialogue at military and diplomatic level is continuing to arrive at mutually-acceptable consensus.”

There was no immediate reaction from Beijing on the report.

India and China are witnessing a heightened faceoff along the Line of Actual Control, a de facto border line between the two nations in the Ladakh region of the disputed Jammu and Kashmir region.