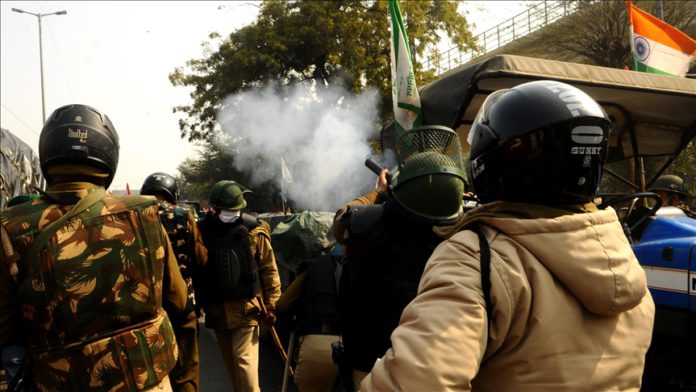 At least five people have been killed in election-related violence in the eastern state of West Bengal, local media reported on Saturday.

The violence occurred as voters came out to cast their ballots in what was the fourth of an eight-phase election process for the battleground state.

Four people were fatally injured when personnel of the federal government’s Central Reserve Police Force (CRPF) opened fire outside a polling station in the Cooch Behar district, according to a report by the Press Trust of India (PTI) news agency.

Another person – an 18-year-old man – was killed when unidentified men fired shots at another polling station in the same district, which comes under the Sitalkuchi constituency.

Authorities suspended voting in the constituency, the report said.

West Bengal has been ruled by the opposition Trinamool Congress (TMC) party, led by current Chief Minister Mamata Banerjee, since 2011.

Prime Minister Narendra Modi’s Bharatiya Janata Party (BJP) has held power in New Delhi since 2014, but has been unable to wrest control of West Bengal from the TMC.

The BJP, which has never governed the state and won just three seats in the last polls in 2016, has claimed that it will clinch 200 seats in the 294-member assembly this time.

The TMC, which has a majority of 211 members in the legislature, is confident of securing a third consecutive term in power.

Following Saturday’s violence, Banerjee accused the federal government of using security forces in an attempt to tilt the election in “favor of the BJP.”

“We have been saying that the Home Ministry has been influencing the central forces and our worst fears have come true today. They have killed four people,” she said in a statement issued by the TMC.

The party said “BJP miscreants” were trying to prevent people from voting and the “CRPF was influencing voters to vote in favor of BJP.”

“When TMC workers went to inquire why people were not being allowed to vote, BJP miscreants launched an attack creating an atmosphere of chaos, following which CRPF opened fire leading to five TMC workers losing their lives,” read the statement.

The Border Security Force (BSF), which was also on ground with the CRPF, said in a statement that security personnel opened fire after they were “attacked by a mob of miscreants.”

It said personnel “reacted in self-defense and fired six rounds in the air to disperse the mob” but “the miscreants tried to snatch the weapons of personnel deployed there.”

The BSF claimed that the mob started “advancing aggressively” and troops “fired seven more rounds towards the advancing mob” because they were “sensing imminent danger to their life.”

“It is reported that five to six miscreants have sustained fatal injuries and further they succumbed to injuries,” read the statement.